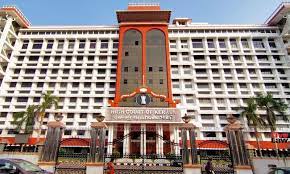 The Kerala High Court heard public interest litigation on Thursday, urging the Centre to reconsider the status of Muslims and Christians as minorities in the state. After hearing the petitioner’s arguments, a Division Bench of Chief Justice S. Manikumar and Justice Shaji P Chaly reserved orders in the case.

Citizens Association for Secularism (CADETS), the petitioner, is a non-profit organization dedicated to end discrimination and promote equality among citizens. The petitioner was represented by attorneys C Rajendran and K Vijayan. CADETS (Democracy, Equality, Tranquility, and Secularism) is a non-profit organization that works to eliminate discrimination and promote equality among citizens. The petition sought that the Centre examines the status of Muslim and Christian minorities in Kerala to determine if they should be kept on the list of minority communities in the state, and so re-determine the list of minorities. The petitioner organization also requested that the National Commission for Minorities issue a directive to the Centre to assess the progress of these communities’ development in the state.

The petition’s main point was that Muslims and Christians no longer had any fear of the majority population dominating them or depriving them of their socioeconomic, educational, and political rights. It was said that, while being in fewer numbers than Hindus, they had evolved to a higher degree than Hindus in all aspects of life in the State over time.

To support their argument, CADETS cited the landmark decisions of Bal Patil & Anr v. Union of India & Ors [AIR 2005 SC 3172] and TMA Pai Foundation v. State of Karnataka [2002 (8) SCC 481] that a community should be protected only if there is a fear that the majority community will dominate them and deprive them of their rights and interests in socioeconomic and educational fields.