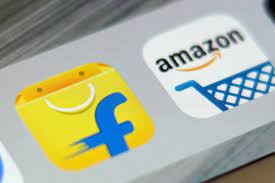 A petition was filed by Amazon India and Flipkart owned by Walmart in the High Court of Karnataka which sought to overturn the Competitive Commission India (CCI)’s inspection order to investigate the business affairs of these two corporations.

The high court rejected the petition paving the way for antitrust regulators to execute the inspection against both of the companies business affairs and to investigate the commercial operations of e-commerce businesses. It is the responsibility of the CCI to eliminate operations and practices of business that harm competition in Indian markets and to protect the interests of consumers to ensure free trade practices in the Indian market.

The Court also rejected Flipkart’s petition seeking to extend the suspension of the investigation for few weeks but the court could not be satisfied by the reasons put forth. in addition, they have 30 days to appeal to the court. The commission had ordered a probe against Flipkart and Amazon India in January 2021 to initiate an inspection and inquiry under article 26 (1) because it has preliminary evidence against the two corporations allegedly these corporations also offer substantial discounts to predatory consumers all these allegations made it necessary to begin the inspection against the corporations.