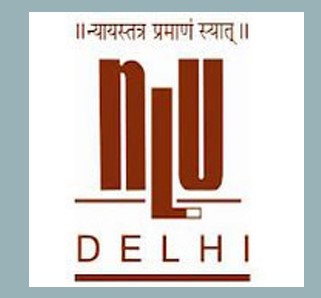 A petition has been filed by the students of University Law College, Bhubaneswar in Delhi High Court for disclosure of records and marks of the participants in the memorial round of the Moot Court Competition organised by NLU-D for celebrating the 70th Constitution Day.

The petitioners submitted that they duly registered themselves and submitted their memorials on time. The Petitioners followed all the rules of the Moot Court as mentioned in the Rules and Regulations & ‘Mooting Manual’ as was released by the coordinating and organizing University: National Law University -Delhi.

It is alleged by the Petitioners that they received an email from the Organizing Committee NLU-Delhi informing them about their selection in the list of Top 24 teams and their eligibility to participate in the oral rounds.

It is further stated that on 08.10.2020 an email was received by the Petitioners from the Organizing Committee of the Moot Court stating that “there was an error with respect to the scores and the final list of 24 teams will be released on 09.10.2020.”

Petitioners received an email on 09.10.2020 wherein the petitioner’s team was not included in the list of shortlisted teams. The petitioners then wrote emails to the Organizing Committee requesting them to clarify on which ground their team has been disqualified and to kindly disclose the marks immediately. However, the Organizing committee chose not to respond to the email of the Petitioner. The petitioners then approached the office of Vice-Chancellor and Registrar but received no reply.

“The theme of this Moot Court Competition is ‘Kartavya’ (Duty) and the Organizing Committee failed in their Kartavya/duty to maintain transparency. Non-disclosure of the marks obtained by the Petitioner gives an impression that the error is not a genuine one.”

The petitioners seek that the Hon’ble HC allow the Petitioners to appear in the oral rounds of the Moot Court Competition and direct the Respondents to produce the records before the Court and apprise the Petitioners their marks obtained.

SC allows Farmers’ protest to continue without any Breach of Peace or Impediment
The High Court of Allahabad extends protection accused in violation of Anti- Conversion Ordinance of...
The Bombay High Court Orders Release Of 3 Sex Workers And Held Prostitution Is Not An Criminal Offen...