OVERVIEW OF RIGHT TO BE FORGOTTEN 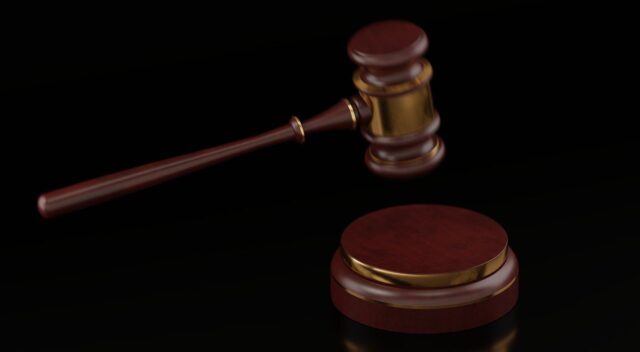 With the advent of social media and networking it is difficult to maintain privacy with the data available online. Data on the internet is flowing like water in the river. If the information of someone is available on the internet which the person has relevant context now or the reason for which it was there on the internet has been served is affecting the other person emotionally or making it difficult for another person to live peacefully. Then, it is a violation of article 211. This can be removed through the right to be forgotten which is provided under the right to privacy.

Right to forgotten means the deletion of the user’s personal information from the search engine, website, and many more. The European Union acquired the General Data Protection Bill [GDPR]2 in the year 2018. Article 17 of this bill provides certain rights to the erasure of personal information and the certain rights include which are no longer necessary, consent has been withdrawn for particular information, and where there is legal obligation to erase. There are also some reasonable restrictions to some extent like in the area of public interest related to public health, or the data required in achieving historical, statistical, or scientific research.3

The right to be forgotten is to be followed in other countries also. In 2014, in Spain, the European court of justice managed a case Google Inc V Agencia Espanola De Proteccion De Datos in which a Spanish man whose name was Mario Costeja Gonzalez asked google to remove his information related to the auction for his unbridled home and the debt he had subsequently paid. Google was sued under the National High court which suggested a series of questions to the European court of justice. The court ruled the judgment in the favour of the Spanish man and asked google to delete the information.

RIGHT TO BE FORGOTTEN UNDER THE PERSONAL DATA PROTECTION BILL

The right to privacy is our fundamental right under article 21 of the Indian constitution decided in the case of Justice K.S Puttaswamy Vs the Union of India4 in 2017. Data is a very sensitive thing that needs to be protected. The personal data protection bill5 was introduced in the Lok Sabha in 2019 with the objective to protect or conserve the data from getting into the wrong hands. This bill also includes the right to be forgotten under clause 20 of chapter V. it means that any person can ask the data fiduciary to remove or limit the data of the concerned person. The role of data fiduciary is to decide the means and the purpose of controlling the personal data it can be anyone an individual, entity, state, or cooperation. The data will be monitored by the Data protection authority and any removal of data has to be approved by the Data protecting authorities’ adjudicating officer. The officer has to see many aspects like the public interest in the concerned data, the extent of availability susceptibility, or the scope of divulgence before approving the removal of the data.

RIGHT TO BE FORGOTTEN VS THE FREEDOM OF SPEECH AND EXPRESSION

The right to be forgotten is a much-needed statute nowadays to protect the individual interest against defamatory or derogatory statements. Freedom of speech and expression is our fundamental right under article 196 of our Indian constitution and also contains reasonable restrictions under Article 19[2]7. Whereas the right to be forgotten can undermine the lusture of freedom of speech and expression. It can affect journalism it will be difficult for media to express their views freely and to wait for the decision of the adjudicating officer. If any person wishes to delete some information on the internet then it will favor the individual, not the society at large. This will also create a sense of feeling in the minds of the people that they are not free to express their views through articles, books, blogs, etc.

Information in the public domain is like toothpaste. They can not completely be deleted if someone has taken a screenshot or screened the concerned content. the right to privacy is our fundamental right under article 21 of the Indian constitution which needs to be protected. The right to be forgotten is also included in the personal data protection bill, 2019 which is a great step towards the safety of data and the privacy of the individual. In case one person was acquitted under any criminal action but later on find to be innocent and the judgment is reported on many websites or search engines. It can be difficult for the employee to get a job as during the screening process this can destroy the reputation of the employee. The right to be forgotten can be a major relief and can ask for the removal of the judgment. Also in the case when a person with the intention of taking revenge or with the feeling of animosity posts or share any picture or video which is offensive or outrages the modesty of the victim through the right to be forgotten victim can make them deleted. It is been a debatable topic whether the right to be forgotten undermines the fundamental right the freedom of speech and expression under Article 19 which also contains reasonable restrictions under Article 19[2] of the Indian constitution. If a person asks to remove some content from the website or from the internet then it can also cause feelings among the people that they are not free to express their views and opinion through writing articles, blogs, etc and the removal of the concerned content can lead to being in the favor of the individual rather than the society at large. According to me, it requires judicial administration, and article 19[2] which provides reasonable restrictions should be amended and should include privacy in it.

This article is written by Prerna Pahwa, a student of Vivekananda Institute of Professional Studies, New Delhi.