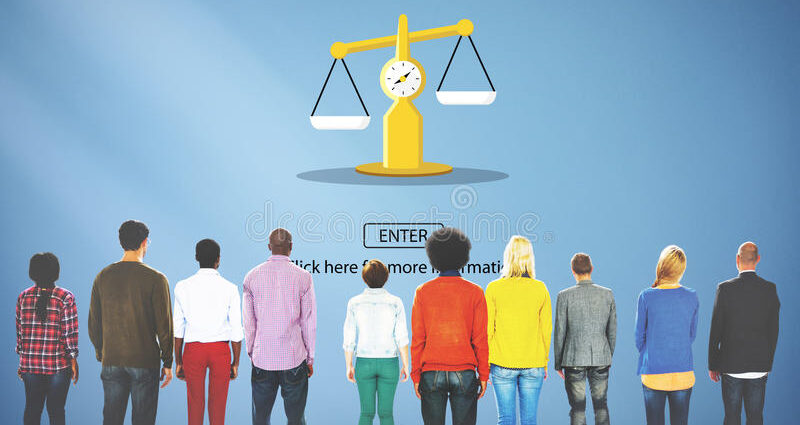 “No democracy can long survive which does not accept as fundamental to its very existence the recognition of the rights of minorities”.

These lines of sir. Franklin D. Roosevelt clearly portrays the importance of protection of the rights of minorities in a democracy. Long years back, due to the fear of adversity of religious persecution the minorities like Muslims, Christians, and Anglo- Indians etc. fled to India seeking an asylum. Later, India became an amalgamation of all these ethnic and religious diversities. But at the same time, the intolerance of diversity in culture had led to shedding of lots of blood and lives. So, as a result of the suggestion put forward by Pt. Jawahar Lal Nehru, the constituent assembly on 22nd January 1947 adopted the safeguard mechanism for the minorities, depressed backward classes and tribal areas of the country.

Even though many rights and provisions were formulated under the “Special Provisions Relating to Minorities” in article 292-301 of part XIV of the constitution but it got restricted to cultural and educational rights. The constitution got implemented under the rationale of constituent assembly of promoting development of backward classes but not to reserve the cultural personalities. This led to the lack of representation of religious minorities in politics; civil services etc. later the preamble was amended under 42nd amendment 1976 by including the word secular in constitution thus it led to the addition of certain constitutional provisions for minorities. But even though we states India to be secular, there is a sense of crisis that the minorities face in the country. In a democratic country like India, if the minorities are provided with proper rights and regulations and if they are able to have a proper access towards their rights it depicts the acceptance of diversity and thus makes the word “democracy” more meaningful.

The word “minority” is not defined in Indian constitution. However the constitution under article 30(1) refers minorities as linguistic and religious minorities. In the Kerala education Bill, Supreme Court stated that: “it is easy to say that minority means a community which is numerically less than 50 per cent, the important question is 50 per cent of what? Should it be of the entire population of India, or of a state, or a part thereof? It is possible that a community may be in majority in a state but in a minority in the whole of India. A community may be concentrated in a part of a state and may be thus be in majority there, though it may be in minority in the state as a whole. If a part of a state is to be taken, then the question is where to draw the line and what is to be taken into consideration a district, town, a municipality or its wards”.

India, the second most populous country in the world embraces huge number of individuals belonging to different religion, language and culture.  Here 19% of the population of the country is constituted by their religious minorities like: Muslims, Christians, Sikhs, Buddhists, Jains and Zoroastrians. The rights on religious freedom are explicitly expressed in Indian constitution under articles 25- 28. It’s not only under the provision of religious freedom but also under the other fundamental rights as well the rights of minorities are interpreted. They are:

Article 15 prohibits discrimination against any citizens on the basis of caste, sex, religion, place of birth etc. this article was amended by 93rd  amendment, 2005 for providing reservations to SC, STs and backward classes in private unaided educational institutions.

Under this article, untouchability is abolished and practising it in any form is punishable. The enforcement of any disability arising out of untouchability shall be an offence punishable in accordance with the law.

The article states about the freedom to manage religious affairs subject to public order, morality and health, every religious denomination or any section thereof  shall have the right:

Under the article it is stated that the freedom as to the attendance at religious instruction or religious worship in certain educational institutions.

These articles from article 25-28 states about religious rights of every individual who is a citizen of India. But these articles are quite relevant in this era where religious persecutions towards minorities takes place.

It refers that every citizens residing in any part of the country, belonging to any sections,, having distinct language, script or culture have the right to preserve it. Unlike the article 25-28, this article provides protection for both the linguistic and religious minorities. And the word “ sections” used in the article states that the law is also applicable for the majority as well.

This article states that the minorities shall have the right to establish and administer educational institutes of their choice. Unlike article 29, this article is only applicable to linguistic or religious minorities.

This article was inserted for the appointment of special officer for minorities by the president to investigate and carry out activities related to safeguarding the rights of linguistic minorities.

In order to claim the benefit of article 30(1), the community must show:

Whether it be religious or linguistic, the major issues that are faced by all sections of minorities are similar.  If we are taking the case of human nature, we are quite hostile towards the aspects that disturb our uniform pattern of life. Whatever it be, we seem to get intimidated and reluctant to adapt or co- exist with the arrival of differences in our surroundings. It really requires a huge amount of time to get adapted to it. Just like that, in case of minorities, they face a huge struggle of identity due to this reluctance in accepting diversities by majorities. Most of the time, due to the difference in cultural, social and economic background the minorities are forced to adjust with the means of majority. And again it’s a common human nature to exert power over weaker by the stronger. A minority being less in number compared to the majority group of people develops a sense of insecurity regarding their existence, property and wellbeing. These issues of identity and security are common to both religious and linguistic minorities.  But there are certain issues that certain religious minorities face in India. In India, despite being a secular country, religion is still a complex issue.  There are a lot of changes that had taken place during the course of past few decades. Minorities now enjoy equal rights on par with the majority group in India. The reservation facilities are provided for minorities, representations at political level are also available, the discrimination at religious centres are now abrogated under law and both our president and prime minister are now hailing from the minority communities. But still there are lots of people who aren’t accessible to these rights. There are lots of persecutions on the basis of caste and religions that still take place.  The major reason behind all the issues are our intolerance or unacceptance to adapt or co- exists with the situation.

In a vast country like India which is made up of diverse cultures, backgrounds, religions, identities etc. it really requires to maintain a sense of equality among its citizen to provide a meaning to the term democracy. The core reason behind all these discrimination are based on the nature of unacceptance of diversities. We tend to commit heinous crimes to eradicate the population which chooses a different set of traditions to follow. But these intolerance can lead India to get collapsed from being a secular country to communal. And India is known to the world by the term “diversity”. It is beautiful when the people irrespective of their differences are co-existing.