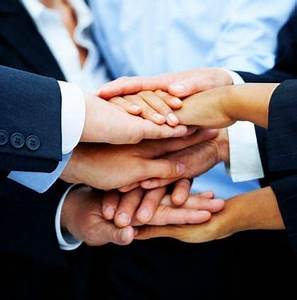 Discretion has defined as the freedom or authority to make judgments and choose amongst the various available alternatives without reference to any predetermined criterion, no matter how fanciful that choice may be. Administrative discretion means to choose from among alternatives with justification and not according to personal whims.[1]

The legislature and the executive two pillars set up by the Constitution. The fact is that Parliament can not legislate on all aspects of a certain matter and simply vest authority in the executive to implement the same. In certain instances, it is required to leave certain gaps in law and allow the sole discretion of the executive authorities on a case-to-case basis. Administrative discretion is problematic but indeed the government can not function without the exercise of some discretion by officials. It is important not only for the individualization of the administrative power but it is impossible to rule for everybody. But it also trues that absolute discretion is a ruthless master. There has been a conflict between the claims of the administration to an absolute discretion and subject to a reasonable exercise of it.

India has formulated a parameter for the exercise of discretion, the concept of judicial behavior still halting, variegated, and lacks the activism of the American courts. Judicial control of administrative discretion is exercised at two stages:

It means with bad intention, not in good faith. The term mala side used by courts is a broad term, in the case of Jai Chand v.State of West Bengal,[2] the Supreme Court observed that exercise the power of mala fide does not mean to imply any element on turpitude is attached to it as in the case of mala fide. In the procedure of decision-making, mala fide is allowed. Malice may be either a fact or the law. The case that motives behind an administrative action is personal animosity, spite, personal benefit to the authority itself or friends.

The appellant, a surgeon in the employment of State Government, was granted leave preparatory to retirement, but it was revoked and he was suspended under disciplinary action was started against him on the charge that he had accepted Rs. 16 bribe from the patient before going on leave. The appellant alleged these charges and had been initiated at the instance of the chief minister to wreak the personal grudge against him because he had refused to yield to their illegal demands of his. The Supreme Court held that exercise of power to be mala fide.

The DSP (Civil Supplies Cell) passed a detention order against those kerosene dealers who will operate without a license and dealing in kerosene illegally. It was alleged that DSP was acting mala fide because his brother was a competitor in the same business. The DSP did not file a counter affidavit in court against his charges. The court quashed the action.

The statutes confer power for one purpose, and that is used for different purposes will not be regarded as a valid exercise of powers that will be quashed. In modern times, the cases have been increased because the conferment of broad discretion power has become a usual tendency.

Under section 236 of the companies Act, the CLB can order an investigation against the company if the company is being conducted for defrauding the creditors or the persons involved in the management are guilty of fraud and other things or full information has not been given about the company. The investigation was ordered in the case on the ground that continuous losses owing to faulty planning and many directions had left the board. This order was challenged and the court held that this order state that these grounds were irrelevant and extraneous to the purpose that is mentioned in the statute.

All discretionary action must be based on sound material and facts. There should be the application of mind when discretion action has taken even the discretion vested in the authorities.

Misdirection of Law and Fact

The statute may require the authority to act reasonably. The courts have stated that the authority should consider the question fairly and reasonably before taking action. The term unreasonableness does not furnish independent grounds of judicial control powers apart from the grounds already mentioned. The term may include those cases where the authority has acted according to law but in the wrong manner and either according to law and right manner but on wrong grounds.

Judicial control has been formulated to check the exercise of administrative discretion. This ensures that unfettered power is not given to authority that allows arbitrary decision-making. The rule of proportionality means to ensure there is nexus between the aim that has to be attained and the means undertaken to do so.  An application of this rule is in departmental hearings where the punishment was given to employees is grossly out of proportion considering the wrong committed.

In this case, an army official was court-martialled in response to a minor indiscretion committed by him. He challenges the order in which the Supreme Court held that rule of proportionality demanded that punishment should be given nexus with the act committed and is proportional to the same.

This article is written by Prachi Yadav, a 2nd year student from Mody University of Science and Technology, Lakshmangarh, Rajasthan.

The Nature And Development Of International Law
Conversion of Public Companies into Private Companies
General Limitations on the Means and Methods of Warfare
2021-09-07
Previous Post: Internship Opportunity at Center for Criminology and Victimology ,RGNUL
Next Post: MINORITY RIGHTS IN INDIAN CONSTITUTION