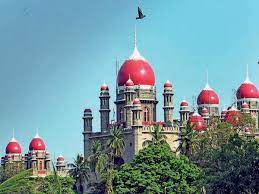 Magistrates Don’t Have Power To Order Deportation Of Foreign Citizens

Further, it was said that “Learned Magistrate has to confine his findings concerning either acquittal or conviction of accused therein under Section 248 of the Cr.P.C., Learned Magistrate is not having the power to order the deportation of any foreign citizen for any violation.”

The applicant, who had come to India on an employment visa from the Ivory Coast had approached the High Court, the plea sought quashing of the deportation orders by which the Magistrate had directed the jail authorities to release him forthwith after acquitted him in the criminal cases filed against him.

It was thus held by the High Court of Telangana, the case of the petitioner that the Magistrate while pronouncing judgment under Section 248 of Cr.P.C. does not have the power to order the deportation of foreign resident for any kind of violation.