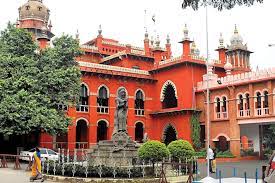 Recently during this Pandemic situation, there have been many instances reported where it has been noticed that advocates/lawyers misbehaving with the Police personnel and even insulting them while they were just performing their duty. This is a shame on the part of Advocates to do so.

As these instances don’t only take place during Pandemic situation but before occurring of Covid-19 there have been numerous similar matters of Advocates misbehaving with Police. On one petition Madras High Court has also framed rules which included the power to debar advocated for such misconduct. This was later struck down by Supreme Court.

Anticipatory bail was filed by an advocate and her daughter where they were alleged for verbal abuse with police regarding COVID lockdown violation. When the following matter came of hearing before Hon’ble Madras High Court felt the need to provide some permanent remedy to such problems that are occurring.

Justice M Dhandapani on Tuesday gave direction to Bar Council of Tamil Nadu to come up with such mechanism which could control the legal fraternity who involve themselves in indiscipline act and misbehave with police personnel on duty.

As such steps are required against those who are not respecting the Public servants and health workers who do their duty without fearing COVID. Which is a risk to them and their family members.