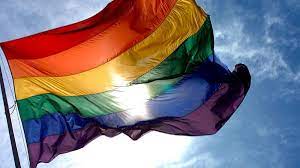 Justice Anand Venkatesh shared his thoughts on LGBT Community while giving direction in a petition filed by a lesbian couple. He revealed that he belongs to the majority one who had hesitation in accepting same-sex relationship completely and also revealed that he had voluntarily taken counseling with Vidya Dinakaran, a Psychologist, for understanding the subject of homosexuality to pass the correct judgment. He explained that how difficult it was on his part to pass judgment on this as he has never known anyone personally who was in such a relationship or had never experienced personally such relationship and that’s the reason he had taken counseling because it helped him to understand reality and emotions behind such homosexual relationship and made him realize that he to need to change his notion.

He said the present case has given this court, not only an opportunity but also a vested responsibility to weigh by cause for inclusivity and justice against discrimination by the heretofore social understanding of morality and notions of tradition. As he also said, “ignorance is no justification for normalizing any form of discrimination”

In the following petition, the court has also issued guidelines to ensure that the LGBT person is not harassed by police and authorities