Madras HC allows Coronil to be used as a brand 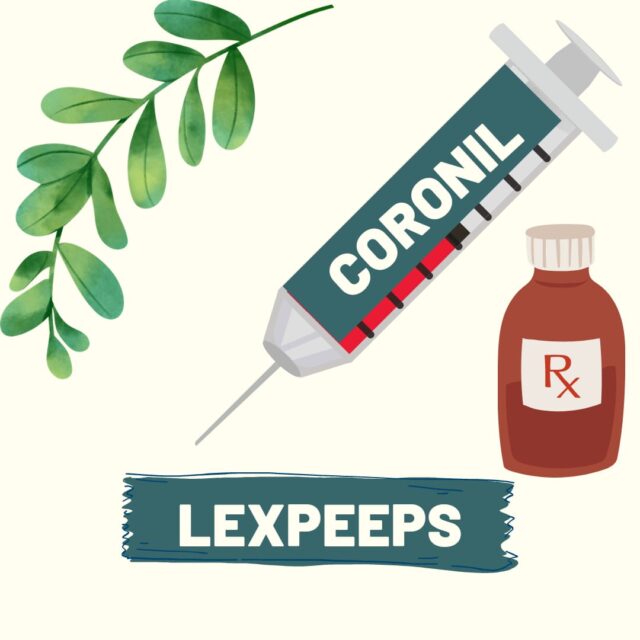 • Arudra uses the words Coronil 92B and Coronil 213 SPL which is contrary to what has been used by Patanjali that is “coronil” In this scenario, “coronil” is the common word but in supposedly different contexts.
• Arudra has never actively applied for the word coronil as a wordmark
• Arudra compromised with the invention of the word ‘coronil’ by not registering it as a trademark, which portrays the defection in its birth
• Arudra’s usage of the word coronil implicates the context in which they use it via the products they manufacture that’s for cleaning purposes of industrial machines which would eventually prevent corrosion.
• Lack of any exclusive rights on the behalf of Arudra concerning the word ‘coronil’ as both the labels being registered with the alpha-numerals that is Coronil 92B and Coronil 213 SPL
• No monopoly conferred over a part of the trademark so registered
• Section 29 of the trademarks act 1999 deals with the infringement of the registered trademarks” clause 4 of the same says: A registered trademark is infringed by a person who, not being a registered proprietor or a person using by way of permitted use, uses in the course of trade, a mark which—
• (a) is identical with or similar to the registered trademark; and
• (b) is used about goods or services which are not similar to those for which the trademark is registered; and
• (c) the registered trademark has a reputation in India and the use of the mark without due cause takes unfair advantage of or is detrimental to, the distinctive character or repute of the registered trademark
• In this case, section 29(4) is not maintainable, merely registering a composite word, which is composed of several features, words or numerals does not provide any rights to sue the other in the aforementioned section.
• Things would have been opposite if Arudra had applied for independent registration of the word ‘Coronil’
• The court is not in a position to direct an injunction by splitting up the composite word into its different components and direct for an injunction.

Whether Patanjali’s usage of the word ‘Coronil’ intended to obtain an unfair advantage or not to be analyzed and determined during the trial
The court concluded prima facie that the usage of the word ‘coronil’ as an immunity booster not deleterious to Arudra’s prominence.
With these, among other observations, the Division Bench reversed Justice Karthikeyan’s August 6 injunction order, and accordingly put away the Rs 10 lakh fine imposed on the defendants.
The Court suggested that the main suit between Arudra and the defendants over the trademark rights for “Coronil” be disposed of within reasonable time, by the Commercial Division of the High Court.

Supreme Court stays Orissa High Court order on animal sacrifice.
Auto tuning the vocal: ‘Karaoke mode’ a Patent Granted to Spotify
Republic TV can’t use ‘Newshour’ but free to use tagline ‘Nation wants to know’ as part of speech
2021-02-22
Previous Post: Only consent of the concerned adults required for entering into a marriage
Next Post: Inevitable Accident as a Tort Defence