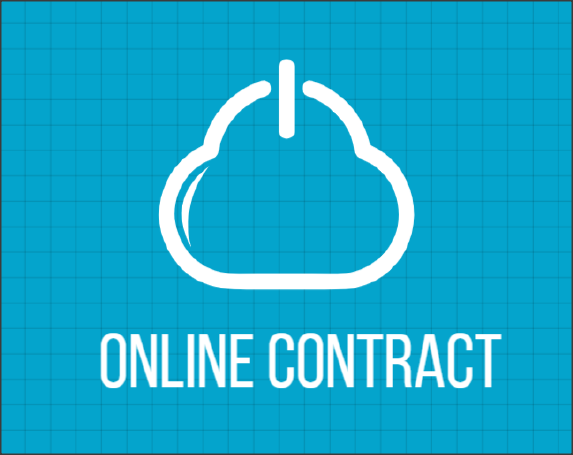 This article is written by Hitesh Vachhani, 4th year Law Student at GLS Law College Ahmedabad. This article focuses on the advancement of technology that has raised a question regarding the online contracts and how the Judiciary and the Legislature has responded to the same.

The advancement of technology has changed the lifestyle of the people. Technology has no geographical limitations and thus there’s quick and wide dissemination of information than before. It has also changed the manner which the businesses are conducted. Internet is being used for electronic commerce, social networking, dispute resolution, sending emails and writing blogs. Today, electronic commerce is the most significant features of the Internet.

Electronic commerce includes all the type of activities by a person or a firm such as buying and selling of products and services like using computers or any electronic platform via the use of internet. And online contracts form a part of electronic commerce. Thus conducting business over the internet demands agreement between the parties. Online Contracts or Cyber Contracts or E-Contracts or Digital Contracts is a shift from the traditional mode of face to face contract and the parties can contract without meeting each other.

The following requirements have to be fulfilled for the contracts to be held valid under the Indian Contract Act, 1872:

DEVELOPMENT OF THE CONCEPT OF ONLINE CONTRACTS

The Indian Contract Act, 1872 which is a colonial-era law defines a contract as an agreement enforceable by law. Traditionally the Indian Contract Act would only apply to the agreements entered into between the parties face to face. But as early as in 1996, the Hon’ble Supreme Court in Bhagwandas Goverdhandas Khedia v. Girdharilal Parshottamdas & Co.1 was posed with a question that whether the contract entered into between the parties orally over a telephonic conversation was a valid contract capable of being enforced in a court of law. The SC by a majority of 2:1 (the majority being J. Shah and J. Wanchoo) held that the draftsmen of the Indian Contract Act, 1872 could not have envisaged the use of the telephone because it was not invented and therefore the words of the provision should be confined to communication by post. Thus, the contract was not a valid contract and could not be enforced. But the minority opinion of Hidayatullah J. is what opened the doors for online contracts.

According to J. Hidayatullah, the law should have been interpreted in the present-day context. He observed:
“The law under consideration was framed at a time when telephone, wireless, Telstar, Early bird were not contemplated. If the time has marched and the inventions have made it easy to communicate instantaneously over long distance and language of our law does not fit the new condition it can be modified to reject the old principles”.

It is true that the draftsman of the contract law could not have contemplated scientific inventions. Further, it is also important that the provisions of the law are interpreted in a progressive manner. The statues must be construed to continuously update the wordings in accordance with the changes in the social condition, science and technology.

LAWS THAT GOVERN THE ONLINE CONTRACTS

It is important to note that the requirements of the online contracts are similar to that of physical contracts under the Indian Contract Act, 1872 i.e., there should be a lawful object, lawful consideration, the parties must be competent enough to contract, there must be free consent and there must be an intention to create a legal relationship. Thus, even for the online contracts the provisions of the Indian Contract Act, 1872 have to fulfilled for it to be made enforceable in the courts of law.

In particular, the IT Act 2000 excludes the following documents from electronic transactions:

Section 10A of the Information Technology Act, 2000 hints at the validity of e-mail contracts. It reads as follows: “Where in a contract formation, the communication of proposals, the acceptance of proposals, the revocation of proposals and acceptances, as the case may be, are expressed in electronic form or by means of an electronic record, such contract shall not be deemed to be unenforceable solely on the ground that such electronic form or means was used for that purpose.”

In the present era the formation of contracts via emails are increasing and to ensure that the online contracts are not faced to with any legal implications this provision was inserted into the Information Technology Act, 2000.

In Trimex International Fze Limited v. Vendata Aluminium Limited2, The petitioner had applied to the Hon’ble Supreme Court under section 11(6) of the Arbitration and Conciliation Act, 1996 for the constitution of the arbitral tribunal. The respondents objected to the same on the grounds that there was no contract between the parties and therefore there could not be any arbitration agreement between the parties. It was the contention of the respondent that the acceptance over the e-mails could not give rise to the contract and there was always an intention that a formal contract would be signed in future.

In Rickmers Verwaltung GNBH v. Indian Oil Corporation Limited3, The Supreme Court clearly contemplated that possibility of exchange of correspondence between the parties would amount to contract between parties. Thus relying on the above decision of the three-judge bench the court held that “Unconditional acceptance of contract concluded orally or in writing [or by e-mail].. mere absence of a signed formal contract, would not affect either unconditional acceptance of contract or implementation thereof.” Thus, the e-mails which convey the clear intention of the contracting parties can be treated as a binding contract.

In Ambalal Sarabhai Enterprise Limited v. KS Infraspace LLP Limited, The Hon’ble Supreme Court had decided the validity of agreements entered into by the parties using a combination of communications over WhatsApp and emails. The court stated that: “The e-mails and WhatsApp messages will have to be read and understood cumulatively to decipher whether there was a concluded contract or not. The use of the word ‘final draft’ in the e-mail… cannot be determinative (of offer or acceptance) by itself”. Therefore the courts have accepted and provided that the agreements can be executed electronically, so long as they meet the minimum requirements of the Contract Act and the IT Act.

The foreign courts have also given a more liberal construction. There are judgments which read that unless an inference can be drawn from the facts that the parties intended to be bound only when a formal agreement had been executed, the validity of the agreement would not be affected by its lack of formality.

The advancement of technology will bring more and more challenges and thus it is important that the laws are updated and upgraded from time to time to keep up with the evolving technology. The judiciary is still administering the online contracts and it still remains a developing subject as there are not many judicial decisions on this point.

However, the fact, that many Indian courts recognize the extensive inclination to e-commerce and reliance on the internet cannot be denied. The prevailing legal judicial and legislative intent appears to be that any legally valid acts would maintain their validity even if performed online or electronically provided that such contract satisfies all the essentials of a valid contract.