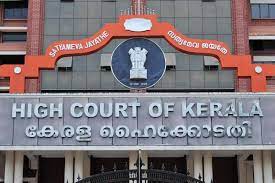 Lakshadweep Administration had issued a notice to two residents of Kavarratti Island stating that their dwelling houses are to be demolished as it is not a legal construction as its constructed with diversion certificate as per Laccadive Minicoy and Amini Islands Land Revenue and Tenancy Regulation. Being aggrieved by such order of administrative authority the two residents have filed a Petition in Kerala High Court It was submitted in the Petition that such act of authorities is not in due process of law.

The Respondent stated that the dwelling houses are within 20km from the High Tide line which is a non-development zone. Replying to which petitioner stated that the area sometimes differs during high tide so no straitjacket formula could hence be applied to identify the distance of building from high tide.

During the hearing, the petitioner states that the “diversion certificate” is only applicable to the lands where the government has an absolute title and the petitioners dwelling houses were constructed by their ancestors in 1960 and 1963 and not an allotted land so asking for a diversion certificate is beside the point. Petitioner also points out a similar act done by the administration in which such notice was issued to the fisherman and demolished that area and they trying to do the same with the petitioners as well.

Currently, the high court bench comprising of Justice Raja Vijayaraghavan has put a stay on the notice issued by the Lakshadweep Administration to demolish the Dwelling of Traditional Coastal Communities.