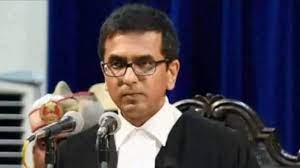 He emphasized that live streaming has become essential and that it increases clarity. “Even when the pandemic is over, live streaming will help to exemplify court proceedings and spread the message that courts are for the people. “Learners recognize that judges are doing their jobs properly.” He added. He also addressed the widespread misunderstandings about how judges work. “We are targeted for the vacations we take,” he added,” Judges, on the other hand, work 24 hours a day; but people don’t comprehend the magnitude of the job that judges perform even while they are on vacation.”

N.V. Ramana, India’s Chief Justice, has stated that live-streaming of Supreme Court hearings may begin shortly, and that practicalities are being worked out to make this possible.

According to India’s Chief Justice, people currently acquire information about court proceedings through the media, “In effect, information from the courts is filtered by agents. Due to the lack of context, there is occasionally a communication loss during the proceeding, resulting in misinterpretation of questions asked and observations made by the bench. “Vested interests can exaggerate these misunderstandings to mock or defame the institution,” he said. It is this lack of direct access that allows for misconceptions to grow. The best treatment for the aforementioned issue is the formalization of live streaming of court sessions. Live-streaming of proceedings is crucial for information dissemination, which is a core component of Article 19.” People can acquire first-hand information about the entire proceedings and the judges’ judgments with such direct access, he said, “leaving little opportunity for any wrongdoing.”

The Supreme Court had previously stated that the court’s proceedings should be live-streamed in cases of constitutional significance. Gujarat High Court Chief Justice Vikram Nath remarked during the virtual inauguration, “Going live requires bravery, confidence, and, most importantly, conviction. The live-streaming guidelines are unanimously approved by all of my brother and sister judges.”