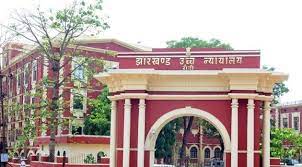 The Jharkhand High Court, while hearing a bail application in a sexual assault of a minor case, gravely criticized the investigating authority and the officers of the case for defiance of judicial orders.

The victim, who shall remain nameless, was a 13-year-old minor girl who was sexually assaulted by the petitioner and the victim had neither been made a charge sheet witness nor was presented before the court, despite judicial orders which instructed them to do the same.

The learned counsel representing the petitioner submitted that the victim of the case was not a charge sheet witness and had not even been examined yet. He further stated that despite several letters written to the Superintendent of Police, Sahebganj, and the DIG, Dumka, the petitioner is rotting in custody for more than 3 years and the victim is not being examined.

The court stated that it is really surprising why the Investigating officer has not made the victim a charge sheet witness, despite the case being registered under POCSO Act and the victim is a 13-year-old minor girl. Further, the court found that the Trial Court has sent several letters to the Superintendent of Police and also to the Director-General of Police, Jharkhand asking to produce the victim in front of court but the said letters yielded no response and no actions were taken.

The court concluded that prima facie the acts of the Investigating officers and authorities cannot be said to be bonafide since leaving out the main person as a witness in the charge sheet and continuous defiance of court orders are bound to arise questions and suspicions. The court feels that the officers, by not responding to judicial orders, have committed contempt of Court.

The court ultimately stated that an affidavit should be filed by the Director-General of Police, Jharkhand personally within 3 weeks after making proper inquiry and verification.