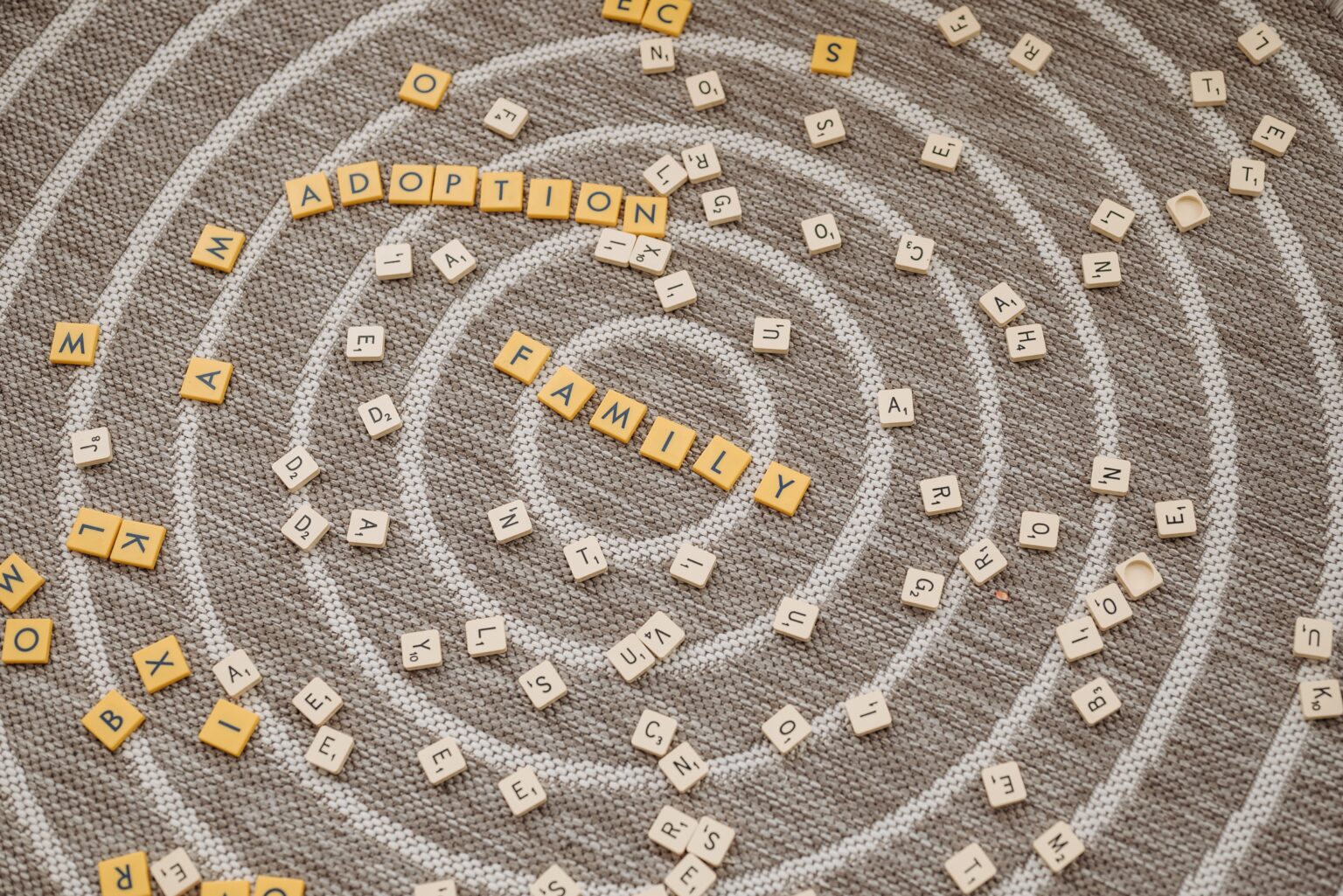 Adoption abroad, which is also called transnational adoption, describes the process of a couple or individual adopting a child from a different country, taking full responsibility for their care and maintenance the same way their natural parents did. A surge in international adoptions occurred during the Second World War. As a result of World War II, a large number of children was abandoned, the underdeveloped and developing countries were unable to provide them with a safe home. The idea of international adoption was born as a means of providing children with a healthy and safe environment where they could develop their full potential. In addition, the countries signed the Hague Convention for Protection of Women and Children to provide a framework for inter-country adoptions and to enable various laws in their respective countries to enforce such adoptions. It motivates many to go for adoption legally. Concerning international adoption and child protection, India has ratified the Hague Convention. Following that, India made several amendments to its inter-country adoption law. The adoption process has become more advanced over time regarding both intra-country adoption and international adoption.

Inter-country adoption refers a social tradition, whereby, a baby born into one family becomes part of another through adoption, removing old biological lines and establishing new, socially approved ones.[i] In India, adoption was governed by the Hindu adoption and maintenance act, 1956, before The Hague Convention and it does not provide for international adoptions. Adoptions of juveniles and abandoned children are covered by the juvenile justice act 2000. In India, inter-country adoptions had been governed by the guardians’ act, 1890, which requires prospective adoptive parents to apply to the government for the appointment as guardians of the child. The proceeding of appointing a guardian was to be conducted before the district court, which is only authorized to pass an order if it is in the minor’s favour. Later on, a series of developments had made in the laws on transnational adoption, especially in India by the impact of Hague convention guidelines and also through various precedents.

As one of the leading organizations in the area of private international law, the Hague Conference on Private International Law drafted the “Hague Convention on the Protection of Children and Co-operation” regarding International Adoption. The agreement entered into force on 1 May 1995, three years after it was signed on 29 May 1993. The Convention provides formal recognition of inter-county adoptions at the international and intergovernmental levels. The Hague Convention requires a central authority to regulate and control all inter-country adoptions and to serve as the principle for such inter-country adoptions. A subsidiary principle of the Hague Convention is that transnational adoption can only be employed when the children are at risk of abuse or neglect in their country of origin, and it is preferable to place the children locally whenever possible.[ii] Hague Convention Guidelines stipulate that the central authority responsible for adoptions should make sure that the child is of the right age and informed of the adoption and its consequences. A child’s consent is a crucial part and it must be reassured that it has not been obtained through duress or by compensation. The guideline emphasizes preserving the child’s origins, his medical history, and the true parents, but access can also be limited in exceptional circumstances. There are various guidelines provided by the convention to bring the uniform and standard set of rules regarding adoptions abroad to ensure the welfare of the child.

The Hague Convention on Protection of Children and Cooperation of International Adoption is ratified by India which leads to the adoption of the same principles as the Hague Convention. For instance, the principles like establishing a system of cooperation between the contracting states to ensure the safeguards are adhered to before a transnational adoption occurs[iii]  were followed in India as well. An independent body under the Ministry of Women and Child Development was created and named “The central adoption resource authority (CARA)”. CARA examines transnational adoptions and establishes guidelines and frameworks with respect to adhering to The Hague Convention guidelines. CARA stipulates that any foreign couple wishing to adopt in India must be sponsored by a child welfare organization or social service agency that is recognized by the government. Inter-country adoption agencies should be affiliated with the respective state or union territory. The agency responsible for the placement of children under inter-country adoption is called a placement agency (PA) and all such agencies must be registered and recognized by the central adoption resource agency (CARA). CARA guidelines encourage intra-country adoption; however, a new guideline allows only three types of children to be adopted. They were abandoned, surrendered, and orphaned children under a legitimate agency. Even though there are various guidelines set up by the CARA with respect to the Hague convention, Judiciary plays a prominent role in dealing with the unspoken issues of inter-country adoption, especially in India.

Precedents and their guidelines

Among the most prominent lawsuits relating to inter-country adoptions Lakshmi Kant Pandey v Union of India[iv] stays above all. After examining the inter-country adoption process in India, the Supreme Court issued guidelines for inter-country adoption. “Essentially, adoption is the best non-institutional way of rehabilitating a child. For a child to grow best he must be placed in his own culture; therefore, inter-country adoptions should only be considered as a last resort when all other efforts to place him in his country have failed and the child’s welfare demands. In both cases, whether it be adoption within the country or outside the country, the interest of the child shall always hold the utmost priority and all orders thus passed shall be paramount to the interest of the child”.  As a result of the guideline from the case Government of India establishes a regulatory agency, ‘CARA’ in 1989. Thus, the agency setup plays a key role in regulating inter-country adoptions, as well as all other adoption agencies across the country. The court further held that “It is preferable to place a child in international adoption before he or she reaches the age of three.” According to the Supreme Court, “The chances of a child becoming integrated into a foreign environment and culture are greater if he or she is adopted before the age of three”.

During the case of Craig Allen Coates v. State through the Indian Council for Child Welfare and Welfare Home for Children, [v] the SC Court observed that “no adoption can be approved unless clear and convincing reasons are provided for inter-country adoption and the Adoption Reform Act should enforce stricter guidelines on this point”. Here, the SC clearly points out that the motive behind the adoption will be considered as a prominent factor in allowing the adoption. It was brought with an idea to avoid child trafficking.

SC of India had also allowed direct adoption in certain cases. Taking into account the unique circumstances in the case of Mr. Tim Cecil v Unknown[vi], the court held that the Supreme Court of India permitted a direct adoption outside of any of the countries that had ratified the Hague Convention on Inter-Country Adoption.

In the recent case of Varsha Sanjay Shinde & anr. v. Society of Friends of the Sassoon Hospital and others[vii], it was held that once a couple has approved a child, the child cannot be shown to Indian parents, who simply because they are Indian Parents should be given preference over overseas Indians and foreign couples. Through all of these judgments, the Supreme Court makes it clear that the preference should be given to parents of Indian descent, even when adoption is inter-country so that the child can grow and prosper in its own culture and heritage.

Indian judiciary had timely taken effective steps in solving the procedural and also the substantial questions that had been unsolved by the guidelines. In all these cases the judiciary is given prominence to the welfare of the children. The welfare of the children post-adoption guidelines was framed by the judiciary and they play a vital role in resolving the latency issues that arise.

As stated in Lakshmikant Pandey’s case[viii] “Every child has a right to love and be loved, to grow up in a loving and caring environment, and to be protected from both material and moral evils, and only a family can provide this”. In India, inter-country adoption is a relatively new trend. Various amendments and actions have been taken by the government to ensure the enforcement of inter-country adoptions in India and to ensure adoptions in other countries are legal. The Supreme Court has also outlined rules that need to be followed while any inter-country adoption takes place. Where the adoption is based on love and care, many times it was misused. Child trafficking in inter-country adoption has been on the rise, and only a very few cases have been reported. It emphasizes the lack of laws and guidelines preventing such activities. Children are the treasure and they are needed to be protected.

Rylands v. Fletcher (1868)
Burden of Proof and Presumptions in the Indian Evidence Act
IT Rules 2021