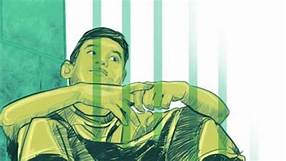 The Latin proverb that suits the Juvenile Justice framework in India best is ‘Nothing Novi Spectrum’ which suggests that nothing is new on this planet. There is an assumption in the entire world since the old-time frame that Juveniles ought to be managed mercifully on the grounds that there exists a school of thought that says- young people, by and large, have a propensity to answer in a serious and delayed dissatisfaction which goes with forceful methodologies.

Over the most recent couple of years, it is likewise seen that the violations done by kids younger than 15-16 have expanded essentially. The overall propensity or the brain research behind the responsibility of the wrongdoing or the reasons for wrongdoing are early-valuable encounters, prevailing manliness, childhood, financial ruins, absence of training, and so on. It involves a disgrace that the kids younger than 6-10 these days are utilized as instruments for doing unlawful or criminal operations. Since a child’s mind is naive and manipulative in nature, they can be baited at a pitiful expense.

DISTINCTION BETWEEN JUVENILE AND CHILD

A minor is a person who is under the age of legal obligation and responsibility, or who is yet to reach the lawful age of 18 years. An accused child of a crime cannot be attempted as a grown-up and moved to a Child Care Centre, whereas a juvenile is somebody between the ages of 16 and 18. A young person who has been accused is a juvenile and can be tried in court as an adult.[ii] As a rule, the two terms have a similar definition, however, the difference lies in the legal implications. Minor indicates a child or teen, while a juvenile indicates either an immature person or a young offender.

At present time, a development for the exceptional treatment of juvenile offenders has begun throughout the world including in many nations like the U.K. and the U.S.A. This development began around the eighteenth hundred years. Before this, juvenile offenders were treated as same as other criminal wrongdoers[iii]. Furthermore, the General Assembly of the United Nations has embraced a Convention on the Rights of Child on the twentieth of November 1989 to safeguard the well-being of juvenile offenders. The Convention expresses that to safeguard the social – reintegration of adolescents, there will be no legal action and court preliminaries against them. The Convention drove the Indian Legislation to nullify the Juvenile Justice Act, of 1986 and to make another regulation. Consequently, Indian Legislation concocted another demonstration which was called “The Juvenile Justice (Care and Protection of Children) Act, 2000.”

The Juvenile Justice, 1986 which revoked the previous Children Act, 1960, pointed toward giving impact to the rules contained in the Standard Minimum Rules for the Administration of Juvenile Justice embraced by the U.N. nations in November 1985. The previously mentioned Act comprised 63 Sections, and 7 Chapters and is stretched out to the whole of India, except for the State of Jammu and Kashmir. The basic role of the Act was to give care and insurance, treatment, improvement and recovery to the ignored juvenile delinquents. The principal goals of the Act were:

a. The demonstration essentially set down a uniform structure for adolescent equity in the country so that it safeguards the right and interests of adolescents.

b. It discusses the apparatus and infrastructure for the consideration, insurance treatment, advancement and recovery of the adolescent wrongdoers.

c. It set out the fundamental arrangements for the appropriate and fair organization of law enforcement in the event of horrifying wrongdoing done by adolescent guilty parties.

The Indian Juvenile Justice Policy is created around the Constitution. Articles 15 (3), 21, 24, 39 (e) and (f), 45 and 47 of the constitution, in addition to different worldwide Covenants, remembering the UN Convention for the Rights of the Child (CRC) as well as the UN Standard Minimum Rules for Juvenile Justice Administration (Beijing Rules). The United Nations General Assembly passed the Convention on the Rights of the Child on November 20, 1989, which incorporates arrangements to protect the right of young wrongdoers. This exhibit additional safeguards the social breaking down of juveniles by expressing that no legal activities or court preliminaries would be held against juveniles. The Indian Parliament was pushed to invalidate the Juvenile Justice Act of 1986 and substitute it with the Juvenile Justice (Care and Protection of Children) Act of 2000, which is an improved and essentially better version. Moreover, the Juvenile Justice Act of 1986 replaced the Children Act of 1960 to take on the United Nations General Assembly’s Standard Minimum Rules for the Administration of Juvenile Justice, which was passed in November 1985. Except for Jammu and Kashmir, the law laid out a public starting point for the insurance of the privileges and interests of juveniles. It also covered a few major requirements for the organization of equity as well as the game-plan to be taken when teens commit shocking offences.

The Juvenile Justice Act of 2000 was enacted with the United Nations General Assembly’s 1989 in mind. Its object was to consolidate and amend the law relating to juveniles in conflict with the law and children in need of care and protection, by providing for proper care, protection and treatment by catering to their development needs, and by adopting a child-friendly approach. Albeit it was amended twice in 2006 and 2011, it was insufficient in shutting out the defect and incompetency. To counter the advancement of juvenile offenders in India, the regulation was cancelled and replaced with The Juvenile Justice (Care and Protection) Act, 2015, which is presently the key rule controlling India’s juvenile equity framework.

Youthful guilty parties ought not to be arraigned in courts; all things being equal, they ought to be given the most ideal recovery. Rather than being rebuffed by the courts, they ought to be offered reformative changes. A youngster disregarding the law ought to get non-reformatory consideration while on trial[vi], in light of the local area’s social control organizations, like Observation Homes[vii] and Special Homes[viii].

A consequence of the Nirbhaya Case[ix]

Today (After the Nirbhaya case) many individuals know that a different Justice System exists for Juveniles. Many people are not yet aware of how JJS functions. After the episode of Nirbhaya, individuals turned resentful and communicated their antagonistic mentality towards the decision of the court. They requested a capital punishment for the juvenile convicted in the Nirbhaya case. There was thundering in parliament and the new regulation (Juvenile Justice Care and security of youngsters 2015) was enacted in India. It is an extensive arrangement for youngsters claimed and regarded to be in trouble with the law. It additionally manages juveniles needing care and assurance. This regulation is instituted thinking about the Rights of the Child and other related worldwide instruments. The administration of India consented to the show of Rights of the Child (CRC) on 11 Dec.1992. As per the global deals and established boundaries, it is the obligation of the state to treat the juveniles with all delicateness and see to their well-being. In any case, there are major areas of strength for the interest of crueller discipline for young people who carry out heinous offences. For example, offences like homicide, assault, burglary, dacoit and so on. Such juvenile offenders ought to be rebuffed like grown-ups.

Obviously, there is an incendiary manner of speaking about youth violations and there is expanded public scepticism about the present JJS. Since the reception of our constitution a lot of endeavours were made to comprehend the way of thinking of the JJS and as needed by different regulations were sanctioned. However, every one of the endeavours is apathetic and needs serious thought. The partners of the Juvenile Justice Administration should observe the difficult circumstances that win in our JJS. Learned people condemn misguided strategies and waste of enormous valuable assets.

The Juvenile Justice System depends on the rule of social government assistance and privileges of the kid. The focal point of the JJS is reorganization and recovery. It sets out to open doors for the youngster to foster his character. The objective, all things considered, is to continue ahead to make a populist society of high request. Youngsters are the future assets of the country. They should be nurtured from negative to positive characters. Nonetheless, shifting focus over to the previous experience, we need to connect the wide hole between hypothesis and practice. In this cycle, we need to construct a decent framework and productive Juvenile Justice Administration. The new regulation conveys the fantasies, however, what we really want is to make the fantasy, a reality.

This article is written by Arpita Kaushal of UILS, PUSSGRC , HOSHIARPUR.