In Conversation with Mr. Govind Chaturvedi 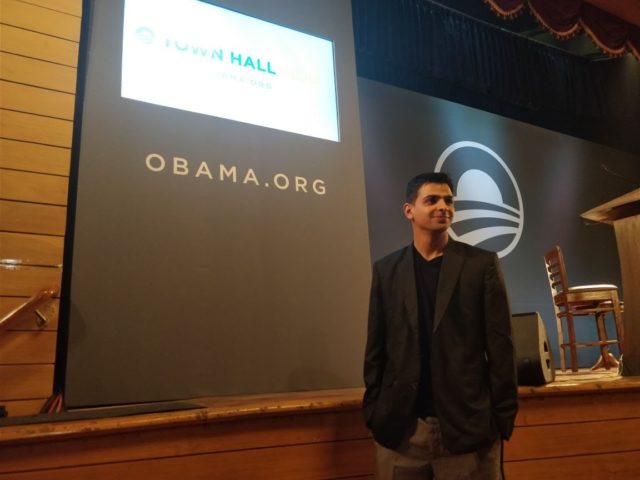 Q. How has been your journey as a Lawyer?

A: Overall today where I stand and looking back, I can say that the Legal Profession has its extreme lows and its immense highs and I have experienced both. There are various stages that if you are a first-generation lawyer need to go through, the first being that you need to understand how a lawyer thinks, which is a different form of analysing facts and giving a conclusion. You learn to think in terms of most things of as arguments and also the evidence you will need to back it up.

I have had days in Court wherein I have had great orders and exceeded my own expectation and have also been part of judgements wherein we did not get exactly what we wanted but were able to do more than justice to the matter. Hence, it is important to do your research and be very well versed with your facts as you never know which one fact might change the entire course of the case. However, looking back I do realise that all the highs and lows play an important part in helping you grow both as a lawyer and as a person.

Q: Students in Law School are more inclined towards getting good grades. What’s your take on it? Do grades have any significant impact on the career?

A: Well, I truly believe that there is a huge gap between what is taught in law school and what the profession of law actually is. When someone graduates from law school it actually feels like they are still novices and all the internships and good grade do not account for much. I was never a good performer in School or Law School and the only academics I can boost about is getting 99 percentile in Common Entrance Test. I performed pretty average in Law school and secured a first division, which I was very happy about, but I use to come home and read my law books every day for 2-3 hours, not because of anything else but because I enjoyed it.

However, to answer your question good grades do not translate into success in the career or have an impact, I personally do not think so. Rather, I would advice students to do internships and to learn as much as they can about everything around them and have a sound general knowledge and also have a strong base of knowledge about other industries as well, as when you are doing matters this knowledge is very helpful. Law School is when you have the time, once you are working you need devote your entire day, week after week to learning law and its procedures. So, while maintaining a decent percentage is alright, good grades do not guarantee you any success in the career as that depends completely on your intelligence, ability to think on your feet and ability to deal with situations.

Q: What are the skills required to succeed in the Legal Profession?

A: Well, there are too many and completely depends on what you want to do in law but for litigation, I would state that the following are important:

Additionally, I owe a lot of my thinking patterns to my elder brother: Rahul Chaturvedi who at a young age inculcated in me the critical thinking and logical arguments, he also inclined me to read different varieties of books at an early age and got me into the habit of writing which enabled me to put my thoughts in written and verbal form more effectively, which I can say helped me in law immensely. I personally was a vociferous reader and use to love reading books I found fascinating, when I did step into the law profession I was very well versed with a lot of key facts about other industries, so being well-read in general will also get you further than most other things. So, if nothing else I would suggest students to read a book monthly if not weekly to start with and keep increasing the number of books continuously.

A: To be honest, yes NLU students do get more preference, however, there is no need to get disheartened as I personally believe interning with big law firms does not teach you much.

Rather, Non-NLU students should focus on developing skill sets and creating a good portfolio, I would rather suggest students to intern in small firms and with lawyers, wherein you will be entrusted with more tasks and can learn more.

However, if students still want to intern with big firms for the experience of it, I would suggest to the non-NLU students that if they have certain extra skill-sets on their CV, they have a better chance of being taken for an internship, which could be an online certification course or a project they have undertaken, like I ran an NGO in Law School and use to organise blood donation camps, wherein we had created a tripartite agreement between our organisation, the blood donating place and the Red Cross. If nothing else it helped me understand the world of NGO’s and how they worked and how to also develop people skills, we also did other drives like donation drives but our main aim was Blood Donation Camps.

These activities also ensure that students can utilise their time in Law School well by actually working on their own development. Moreover, I truly believe today’s lawyers are blessed as in this day and age of the internet we have access to all types of information so students in law school invest this time well and use it wisely. Once, a Non-NLU student will have these additional attributes on their CV it will make them stand out and could help in securing the internships, I also suggest reaching out to the Alumni working in these big firms as they can be the most helpful, as I tend to get students who reach out to me on Linkedin pretty often and I am more than happy to guide them or at least secure an internship with the Firm for them I am working at.

Q: How hard it is for a young professional to set up a career in the field?

A: The brilliant thing about law is that all you need is your brain and the knowledge and no other resource, it is for the lawyer to want a fancy office or a brand they want to grow. But, honestly. you can even be sitting underneath a tree and client will come to you if you are good at what you do. However, there is an initial struggle I would say for 5 years at the very least for generating clients and creating a stable client base, what I see is that a lot of young lawyers want to set up their firm without working under a senior lawyer, I suggest against that, as you need work with someone senior to be able to have the guidance. If they do not want to work with a senior lawyer, find someone who will let you do your own matters simultaneously. I also believe that the bond between a senior and a junior lawyer is very sacred and every lawyer should have that experience to evolve both professionally and personally,

Q: You have recently done a webinar regarding social media laws; How much do you think social media is legally backed in the country?

A: Well, the problem that most social media platforms that face in India is that they want to be in the ambit of an intermediary, in order to avoid liability if anything goes wrong. What this does is that they cannot interfere with what is being uploaded or cannot screen it, as if they were to do that they would become an active participant and could be held liable in a court of law. This point has been elaborated in a number of cases by the Delhi High Court. So, right now the only laws that do exist are for intermediaries and since the Social media platforms are immune from them due to their own non-interference they do tend to escape liability. There are no laws in India for Social media per se specifically as of now, but social media platforms are largely regulated by established laws like defamation, cybercrimes etc.

The Government is in the process of changing the same and they recently on the 24th   of December, 2018, released the Draft Information Technology [Intermediaries Guidelines (Amendment) Rules], 2018 (“the Draft Rules”) to amend the existing Intermediaries Guidelines. These Draft Rules sought to introduce requirements on intermediaries like – tracing out of originator of information for assistance to law enforcement, deployment of automated tools for proactive filtering of unlawful content, a takedown of illegal content within 24-hours, and mandatory incorporation of companies having 5 million + users in India (among other things).

However, the same has been met with criticism as the said rules tend to go against a lot of established norms like “Right to privacy” enshrined in KS Puttaswamy v. UOI due to the traceability requirement under Rule 3(5), “Pro-active filtering of content” which would move the Intermediary liability from a passive entity to an active participant as discussed earlier, Appointment of Nodal Officer under rule 3(7)  moreover as the Social media platforms do have their own grievance officers.

However, the flip side is also that the investigation agencies usually tend to hit a dead end while investigating cases for cyber crimes as most Social Media platforms tend to not adhere to Indian laws. So, whereas there is a need for these laws as none exist right now, there is a very fine balance that needs to be made as tilting to either side could have disastrous consequences for the public in either case.

Q: Do find any major loophole in social media laws of the country? And how that can be addressed.

Moreover, these social media platforms have an unregulated policy of closing down accounts without even giving the reason to the user. This is especially bad for Social Media Influencers who tend to many times loose followers to the tune of 1 lakh to 10 lakh followers and start afresh, this can be addressed by the Social Media Platforms providing clear guidelines and also sharing the data for closing down of the account as Influencers tend to utilise this for monetary gains and have a right to know.

Q: On a concluding note, what should be your advice to the new generation lawyers.

A: Law is a profession that will always be relevant. Moreover, there are enough fields in law i.e. land laws, matrimonial laws, Intellectual property rights etc that it has the bandwidth to accommodate anyone. However, I see a lot of juniors jumping straight into a particular field and saying they want to specialise in it. I would suggest to them that they should not restrict themselves so early in their career, I started with practising family law, consumer law and income tax law and use to argue before the Ghaziabad District courts, Consumer forums and Income Tax Appellate Tribunal then moved on to doing Commercial litigation and argued extensively in the Supreme Court, Lower courts and the High Court and worked on matters ranging from Government work orders, Arbitration to 138 Negotiable Instruments act matters. I was also involved in a software infringement case, Domain name dispute and a family dispute over a trademark, when I developed an interest in Intellectual property rights then moved on to be an expert in Trademark Prosecution and Opposition and thereafter now having gained an interest in Social media laws am working towards that, all my previous experiences have helped in the following fields as I have grown. So, I tell young lawyers to give themselves the chance to practise and also explore other options in law.