HC: When there is no Substance in the Allegations of Mala Fide Intention and Bias Against the Learned Arbitrator, an Arbitral Award Cannot be Set Aside 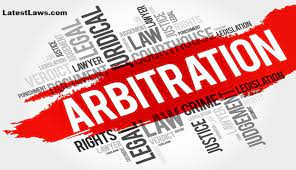 On July 5, the Delhi High Court, composed of Judge Sanjeev Narula, ruled that it was inappropriate to intervene in the ruling unless there were grounds for allegations of deliberate misconduct and prejudice against scholars. The arbitrator and the court found that if the court does not interfere with such a decision, the well-trained arbitrator will review all the documents in the minutes of the meeting very methodically and evaluate the evidence provided by both parties before concluding.

The motion attempted to set aside the arbitration award under Article 34 of the Arbitration and Mediation Act 1996. The sole learned arbitrator acknowledged the claim of the defendant Saptrishi Builders Private Limited (abbreviated as SBPL) and 1,30,02,314.13 rupees with interest on the date of award During the month, Veg Sanchar Vihar Cooperative Group Housing Society Ltd.’s interest was 12% of the prescribed amount. (VSV for short) has appointed SBPL as the contractor for 68 apartments. In Dwarka 6, District 19-B, New Delhi, under the tariffs and conditions stipulated there, SBPL stated that it had performed work under the specifications stipulated in the contract, but VSV refused to pay for the contract. SBPL had previously seen a legal notice dated July 14, 2010, went to the arbitration, and asked VSV to approve the appointment of Mr. P. Bhatia (colleague engineer) as the arbitrator. Controversial decision.

LAWSUIT OF THE APPLICANT

REASON’S AND JUDGEMNET OF THE COURT

The honorable court made the following determination:

WEBIMPACT’S WEBINAR ON “THE FUTURE OF ARBITRATION IN INDIA" : REGISTER NOW!!!
Temple Property Being Leased out for Unrelated Purposes Unmindful of Heritage Value: Madras High Cou...
Distinction between Sale and Agreement to Sell