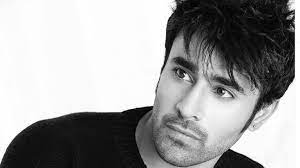 Actor Pearl V Puri who is been accused of raping a five-year child has been granted bail on Tuesday from Judicial custody. Earlier his bail plea was rejected by the Vasai court.

Peral V puri is an actor who has done various Ekta Kappors shows. He is accused of raping a minor girl back in 2019 on the sets of Bepanah Pyaar. The victim is his co-actor Ekta Sharma’s daughter. The victim’s father alleged charges on him for raping his minor when the victim herself told his father that the actor had touched her private parts. So on 4th June 2021, Puri was arrested for 14 days of judicial Custody. After which he applied for bail.

The charges which are levied are Section 376 AB of IPC which says Whoever, except in the cases provided for in subsection (2), commits rape, shall be punished with rigorous imprisonment of either description for a term which shall not the less than seven years, but which may extend to imprisonment for life, and shall also be liable to fine. And Section 4,8,12, 19 21 of POCSO Act the Protection of Children from Sexual Offences Act, 2012 (POCSO) is enacted with the main objective of protecting children from various kinds of sexual abuses and offences.

The hearing for bail application has been held thrice in session court of Vasai and on Tuesday Judge Aditi Kadm Granted him bail on a cash surety of Rs. 25,000/-.