FIR filed against the creators of Greta Thunberg’s Toolkit 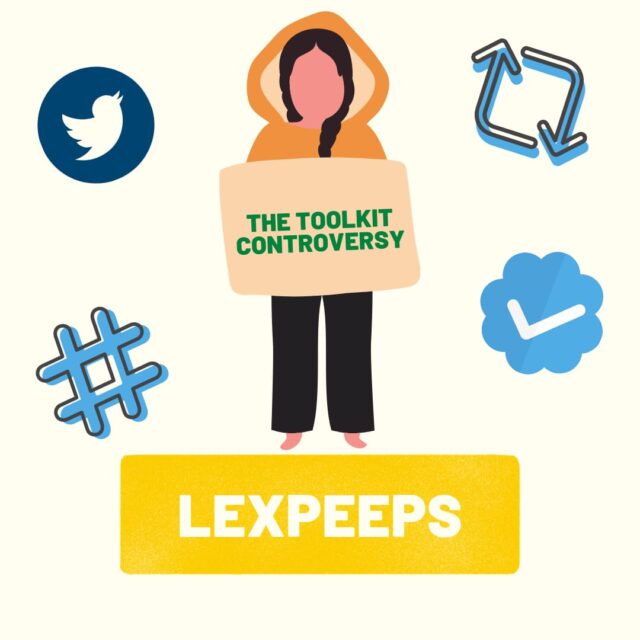 On 3rd February, climate activist Greta Thunberg had shared a toolkit on Twitter in support of the ongoing farmers’ protests in India. She had uploaded a toolkit earlier, but deleted it and uploaded another one citing that the new one is an updated one by people working on ground with the associated issue. Primarily, there were a lot of concerns with regards to the meaning of a toolkit. According to a social media campaigner, a toolkit is basically a document or booklet created to explain a cause or issue and it also seeks to identify the different approaches to address the issue from the grassroot level. With that toolkit, Greta has asked people to participate and support the Farmers’ Protests in India.

The Toolkit had the following sections:
Protesting Online: Greta had suggested people to support the cause of the farmers through the medium of social media and express their solidarity with the protestors by uploading a photo or video on social media platforms with a hashtag #FarmersProtest or #StandWithFarmers. And also, questions must be asked from the government about the 3 farm bills along with tweeting the handles like @PMOIndia, @nstomar, the heads of the states and other international organizations.
Knowing more about the issue: Greta has attached a list of links of several publications covering the issues and their details which are associated with different institutions as they will help someone who is unaware the issue to get a fair idea about the on- going protests
Participating and connecting with local representatives: Greta has also appealed to people in India to observe and join the on-going farmers’ protests in Delhi and for people who aren’t in India, Embassies and other government offices must be picked up for protests. Further, in order to support the protests, advice and support of the local leaders must be sought for as it will be quite instrumental.
Petitions: Lastly, another essential mention of the toolkit lies in the signing of petitions for the cause from different organisations like United Nations or Change.org.
After the tweets, the Delhi Police lodged an FIR complaint against the creators of the toolkit with the offences of criminal conspiracy (section 120B of the IPC) and promoting enmity between different religious groups (section 153A of the IPC) along with sedition (section 124A of the IPC). The Delhi Police has initiated its investigations and the probe suggests that the document’s link is traced to a pro Khalistani group by the name Poetic Justice Foundation. The Delhi Police officials have further claimed that the unfolding events of the past few days along with the violent protests of 26th January seemed to be a “copycat execution” of the action plan mentioned in the toolkit. Responding to the news, Greta tweeted “I still #StandWithFarmers and support their peaceful protest. No amount of hate, threats or violations of human rights will ever change that,”.
Even the foreign ministry had also reacted to the tweet of Greta Thunberg and had responded that the probe has revealed a lot and they are looking out for what comes next as the center is also going to be investigating this issue.
Interestingly, PM Modi in his speech also made a reference to the toolkit. In the initial toolkit, a point read, “Disrupt yoga and chai image of India in general”. To this, PM Modi addressed in his speech at an election rally in Assam that several foreign powers are trying to tarnish the image of the Indian Tea. In the Sonitpur rally, the PM retorted that the conspirators are attempting to malign the image of the Indian Tea across the world.

Bail is the rule, Jail is an exception: Bail Plea Granted to Mandeep Punia
State cannot make changes in the fees of private schools with any of its power.
‘Secret’ extradition process on to bring back fugitive businessman Vijay Mallya .

2021-02-22
Previous Post: The NLU Consortium approaches the Supreme Court appealing against the decision of the BCI to scrap the one- year L.L.M. program
Next Post: CLS-GIBS 3rd National Moot Court Competition (Virtual) Prizes worth Rupees 55 k