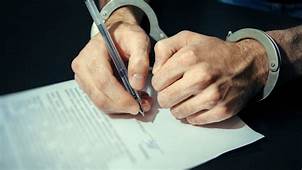 Uncle felthouse was quite interested with his nephew’s horse. So, he sends a letter to his
nephew as a proposal to buy the horse which stated: “if I hear no more about him, I’ll
consider the horse is mine for 30.15 shilling”. The nephew received the letter of Mr Felthouse
and decided to sell his horse to him. But he failed to respond to the offer. Suddenly, the
nephew faced an auction of the property and told the auctioneer, Mr.bindley to auction all his
property except the horse. On the day of auction, Bindley forgot to spare the horse from the
auction. As the horse was a good breed it had a great demand in the auction and Mr. Bindley
accidently sold the horse to another person for 33 shillings. When felthouse came to know
about the incident he sued the auctioneer under the tort of conversion (usage of someone
else’s property inconsistently with their right). This made felthouse to prove the contract
valid by showing that the horse was his property. Bindley stated that Mr. Felthouse doesn’t
have any ownership over the horse even though the nephew had an interest to sell the horse.

Since it wasn’t communicated properly, the contract doesn’t seem to be valid. The major
issue raised in this case was whether the silence or failure to reject an offer amounts to
acceptance. The court finally ruled that felthouse did not have any ownership over the horse
as there was no acceptance from his nephew’s side. This is a landmark case in the history of
contract law which states that no one can necessitate anyone to make a decision on to reject
or accept an offer and it also states that mere silence does not amounts to acceptance.

1 Paul felthouse send a proposal to his nephew John felthouse in the form of a letter to
buy his horse, which stated: “if I hear no more about him, I’ll consider the horse is
mine for 30.15 shilling”.
2 Despite having the intention to sell the horse, the nephew never had accepted the
proposal. So, he told the auctioneer, Bindley to exempt the horse from the auction.
3 Mr. Bindley forgot about the condition and sold the horse for 33 shillings to another
person.
4 Paul felthouse sued Bindley under the tort of conversion by stating the horse as his
own.

The case Felthouse v. Bindley was a turning point in the history of contract law. In this case it
was proved that there wasn’t any contract between the uncle and his nephew.it thus proved
that silence will not amount to an acceptance to a contract.

Limitations on the Freedom of Contract
Position and the Nature/Effect of Minor's Agreements under the Indian Contract Act
DISCHARGE OF CONTRACT BY BREACH
2021-09-08
Previous Post: Job post: Galaxy Surfactants Ltd. is looking for Intellectual Property Specialist
Next Post: Equal Pay for Equal Work