False Accusation of Impotency of Spouse will be Considered as Cruelty: Kerala HC 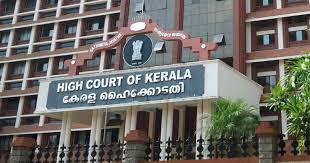 Kerala High court on 3rd June 2021, held that false allegation of impotency or erectile dysfunction against a spouse is considered to be “mental cruelty”. This judgment was made in the divorce case of a doctor- couple.
As per the Hindu marriage act, cruelty means that the other party has, after the solemnization of the marriage, treated the petitioner with cruelty. It may be physical or mental. It may be words or gestures or even by mere silence. That’s the reason here false allegation is considered as “mental cruelty”. Whereas cruelty is also a ground for divorce.

The appeal has filed by the husband against the order of the family court. The respondent accused that her husband was impotent and is not able to perform sexually, which was contradicted by her statements and lack of evidence. Despite it, the husband was willing to undergo a medical test.
The advocate for the applicant relied on K.Srinivas Rao v. D.A. Deepa in which it was held that defamatory allegation against the spouse or his or her relatives in the pleadings amounts to causing mental cruelty to the other spouse. And in Gangadharanv, T.K. Thankam, the court held that false, scandalous, malicious, baseless, and unproved allegation made by one spouse, whether by letter or written statement or by any other mode, amounts to cruelty.

Therefore, the Kerala high court bench of justice Muhamed Mustaque and Kauser Edappagath has held that a false allegation of impotency or erectile dysfunction amounts to mental cruelty.

Supreme Court Denies Restoration of Possession of Land by an Encroacher
UAPA: A Barbaric Legacy or the need of the Hour?
Petition Filed by Amazon and Flipkart Dismissed
2021-06-08
Previous Post: Madras HC Justice Anand Venkatesh Shares his Thoughts on LGBT Community and Issues Guidelines
Next Post: Free COVID Jabs to Everyone Above 18: Power of Judicial Review