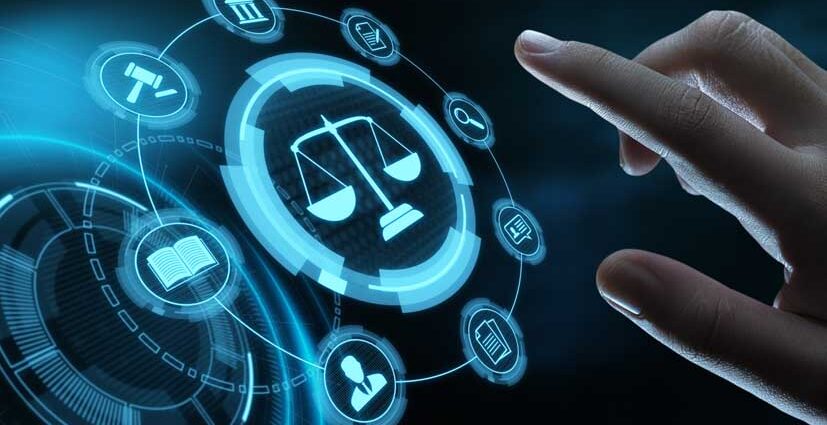 In April 2020, the world was amid a pandemic, and conditions were unlikely to return to normal very soon. Covid-19’s proliferation at that point was being contained by lockdowns and social distancing, therefore courts had to be shut down. “In India, the administration of justice has a history of being slow, and the coronavirus exacerbated the problem.” Though Supreme Court permitted cases to be filed and heard online, the judiciary was still overworked and hearings being now completely being online, substantially hindered a large number of cases. This continues to be the case even now.
“Hence, to relieve the pressure on the courts, an innovative and effective solution is needed, and “online dispute resolution or ODR”, maybe the answer.”

ODR (Online Dispute Resolution) is a technique that combines technology and “alternative dispute resolution” (ADR) mechanisms to resolve conflicts outside of the courtroom. “It refers to online conflicts that were started in cyberspace but resolved with a source outside of it, i.e., offline. Many businesses, particularly those with a high volume of low-value cases, can benefit from ODR since it is a speedier, more transparent, and more accessible way to handle disputes online. Given the increase in the number of online transactions in India and since the internet is also becoming accessible day by day, there is no better time to recognize ODR as an efficient tool for resolving disputes and thereby construct a rapid and fair dispute resolution system.”
ODR as a technique was also praised by Justice Chandrachud during one of the conferences, he said, “I firmly believe in the role ODR can play in today’s digitally transformed world. This is not just because of the process being conducted virtually, but also because of its firm willingness to adopt all forms of digital solutions available. In my opinion, one of the most important learnings from the past year of virtual hearings has been that the process can often be far more efficient because of very simple changes–the use of digital files by all parties, the ability to make digital notes, and having all documents in one place.”

PRESENT STATUS OF ODR IN INDIA

There have even been various instances in which the courts of India have expressed the need for the ODR. Justice Ramana had stated that “ODR can be used to successfully resolve consumer, family, business and commercial disputes.113 He noted the need to cut down on paper, which has been a part of the system for a very long time. The process has started by relying on e-filing of digital paper books instead of hard copies.” “In light of the COVID-19 pandemic, even the Ex-Chief Justice of India, Justice Bobde has noted the need for steps to be taken to make courts virtual to prevent the shutdown of the top courts.”

The Supreme Court of India has played a very important and crucial role in laying down the foundation stone of ODR in India. “It has upheld the validity of video-conferencing as a mode for taking evidence and testimony of witnesses in State of Maharashtra v Praful Desai[1] and went on to call ‘virtual reality the actual reality.” “A similar trend was followed in Grid Corporation of Orissa Ltd. v AES Corporation[2] where the court held that if consultation could be achieved through electronic media and remote conferencing, people didn’t need to sit with each other in the same physical space.” “In M/S Meters and Instruments Pvt. Ltd. vs. Kanchan Mehta[3] it observed that there was a need to consider categories of cases which can be partly or entirely concluded online without the physical presence of the parties and recommended the resolution of simple cases like those concerning traffic challans and cheque bouncing.”

FUTURE OF ODR IN INDIA

“Investing in ODR and using more advanced second-generation technology can assist India is moving toward a more futuristic justice system.” India possesses the necessary components for implementing a “comprehensive framework for technology” in conflict resolution processes, “including institutional willingness, competence, and, to a considerable extent, technological capability. Moving forward, a modular plan for increased innovation and transformation must be implemented in a way that addresses both immediate and long-term needs.”

There is no denying the benefits that Online Dispute Settlement has brought to the Indian system, including the benefit of “quick and painless justice” but the disadvantages of using technical features in dispute resolution cannot be overlooked. The key motivation for the concept is the “perpetual dread of information disclosure and the lack of resources” to engage and reap the benefits of such disclosure. Because the entire process is conducted online, it necessitates the uploading of documents, data, and other personal information to the appropriate platforms. It surely exposes the “information to the hands of criminals who can hack into the networks and obtain the same data. It has also been repeatedly underlined that additional private sector experience should be used in the setting to overcome the existing difficulties, particularly those linked to safeguards.”[4]

Finally, it can be claimed that while the expansion of Online Dispute Resolution has relieved the judiciary of the burden of cases, the efficiency of the rulings has not been up to par due to a lack of sufficient infrastructure and technology. “Only individuals who were technologically literate and had access to appropriate gadgets were eligible for the reward. People became aware of things that can be done digitally and even the notion that conflicts may be addressed through online media just due of Covid-19.”