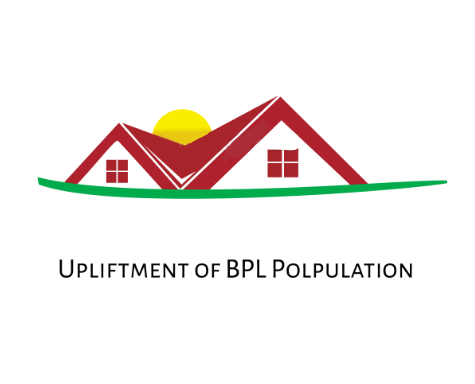 This article is written by Shashvat Pant pursuing BBA-LLB from Centre for Legal Studies, Gitarattan International Business School, GGSIPU. This article specifically analyses the position of low-wage workers in India, their hardships, lifestyle and also mentions legal as well as economic assistance which is provided to them by the Government to ensure their survival and well-being.

Majority of people around the world live in poverty. According to World Bank’s “around two-thirds of the world population lives on less than $2.50 a day and one-sixth of the world population live in extreme poverty”. Poverty is one of the biggest problems around the world. Recently, due to COVID-19 crisis, there has been discrepancies and adverse impact on the poor, through job loss, loss of wage, rise in prices of commodities, inability to pay rents, etc.

Similarly, two-thirds of people in India live in poverty. Around 69% of the Indian population lives on less than $2 a day. Over 30% are extremely poor. India is the second-most populous country after China and is the seventh-largest country in the world. After gaining Independence India has risen and become one of the largest economies in the world. But, only a small percentage of the Indian population has been benefited from this economic growth, Whereas, the majority of people in India are still living below the poverty line.

The population living Below the Poverty Line (BPL) is known as the Economically Weaker Section (EWS) of the society. This population, to feed their family two square meals a day and to keep a roof over their head, work a list of menial jobs. Someone who earns less than two-thirds of the median hourly wage for full-time workers is termed as ‘Low-wage worker’.

In India, a low-wage worker earns between 1.5-3$ a day, depending upon the nature of employment, employment activity and geographical location. This low-wage has not been able to match pace with prices of essential of commodities and services. As a result of which, this section of the society is unable to fulfil their basic needs.

This act came into force in India upon gaining its freedom, the earlier labour laws made by the British Government were highly exploitive. It came to bring equality and justice to the blue-collar workers.

Objectives of the Minimum Wages Act;

Economically Weaker Section (EWS) in India is a category of people belonging to General Category having an annual income less than the prescribed limit.

If an individual doesn’t fall under castes SC/ ST/ OBC & doesn’t avail any form of reservations (except horizontal reservation such as ECS, PwD, etc.) & his family annual income is less than prescribed limit, then he may avail this reservation.

Income Tax is a very important element for growth and betterment of the Indian Economy. By paying taxes on a timely basis, an individual automatically becomes responsible for the growth of his nation. The amount collected by the government as tax is used for the infrastructure development and other such uses as sought important by the government for the betterment of the nation. Hence, it’s the duty of every individual to pay legal taxes regularly.

The Government of India has levied certain rules and tax laws to make sure that justice could be done to people belonging to different income groups. While middle or higher-income groups pay taxes as per their economic status, the lower-income groups who earn less than a prescribed limit are exempted from the burden of paying taxes.

The exemptions provided in taxation laws are as followed:

This scheme was launched by the Government of India to increase the affordability of houses against an inflated real estate sector. The mission of this scheme is “Housing for All” by 150th birth anniversary year of Mahatma Gandhi, by constructing 20 million houses across the nation.

This scheme was launched with the motive of uplifting the economically weaker sections of the society. This scheme provided loans at excellent rates so that these sections could have their own houses.

This was a step in the direction of making the Targeted Public Distribution System, aimed at reducing hunger among the poorest segments of the E.W.S population. To make TPDS more focused towards this category of population, the “Antyodaya Anna Yojana” (AAY) was launched in December 2000 for poorest of the poor families.

AAY involved identification of poorest of the poor families from amongst the number of EWS families covered under TPDS within the States and providing them food grains at a highly subsidized rate of Rs.2/- per kg. for wheat and Rs.3/- per kg for rice. The States/UTs were required to bear the distribution cost, including margin to dealers and retailers as well as the transportation cost. Thus, the entire food subsidy was passed on to the consumers under the scheme.

The Government over the decades have been implementing numerous laws and policies for the benefit and well-being of the society. Among these laws and policies, a significant portion is made for upliftment of socially and economically backward sections of the society. As of now, all these provisions have proved to be boon for lower-income groups and have uplifted them over the time.