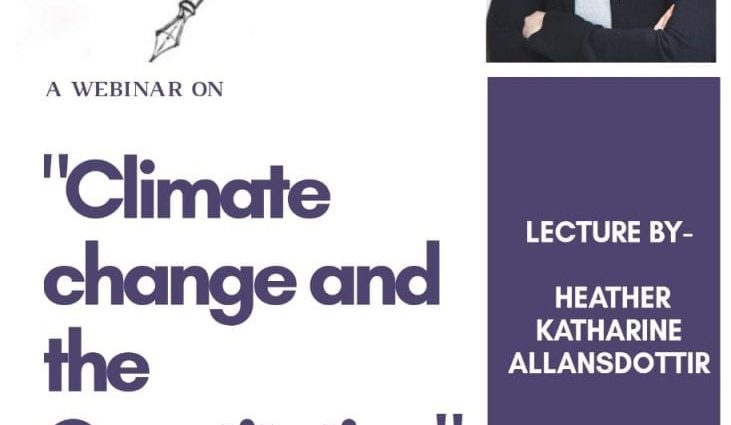 Dr. Shakuntala Misra National Rehabilitation University is a State university in Lucknow, Uttar Pradesh. The first University of its kind, which also provides accessible and quality higher education to differently-abled students, in a completely barrier-free environment. We are unique, much different from others.

She has also published a book on freedom of expression in 2013 and her books on polar law, and comparative constitutional law, are both forthcoming. Her journalism has been published in The Guardian, Al Jazeera, Foreign Policy and elsewhere, focusing on human rights, women’s rights, social justice and equality. She is currently based between Iceland, Australia and the United Kingdom.

Constitutional Law Society is organizing a webinar on the topic “Climate Change and the Constitution”. The webinar will be hosted primarily on Microsoft Teams and will also be live-streamed on YouTube. No prior registrations are required.

The followings are the links to join the webinar: