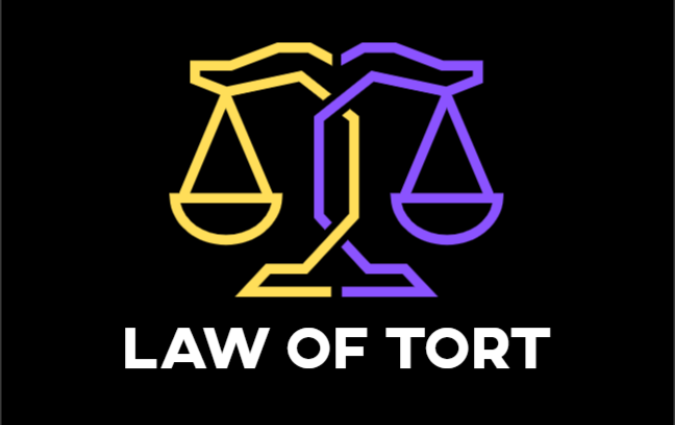 This article is written by Deepika, pursuing BA-LLB from IIMT & School of Law, GGSIPU, Delhi. In this article, she has discussed the concept of sovereign immunity along with its evolution through Pre-Constitutional to post-constitutional era.

Sovereign immunity is a legal doctrine by which the sovereign or state is given immunity from civil suit, criminal prosecution and legal wrong committed by it. This doctrine gives protection to the state. It is justification for wrongs committed by the state or its servants.  This principle is derived from the  legal maxim “rex non potest peccare,” meaning “the king can do no wrong.” The doctrine of sovereign immunity is based on the Common Law principle that the King can’t commit any wrong and that he cannot be guilty of personal negligence or misconduct, and as such cannot be responsible for the negligence or misconduct of his servants.

Unlike the Crown proceedings Act, 1947(England),  we don’t have any statutory provision mentioning the liability of the state in India.  The Law Commission of India in its very first report recommended the abolition of this outdated doctrine. But for various reasons, the draft bill for the abolition of this doctrine was never passed, and thus it was left to the courts to decide on the compatibility of this doctrine in accordance with the Constitution of India. The position of state liability as stated Article 300 of the constitution of India is as under :

(2) If at the commencement of this Constitution-

So, Article 300 only provides that that Union of India and the State are juristic persons for the purpose of suit or Proceedings but the circumstances under which they can sue or be sued have not been mentioned.

To know the present position as regards the liability of the State for tortious acts, we have to go back to pre-constitution days

Evolution of the doctrine of Sovereign immunity

Peninsular and oriental steam Navigation Company v. Secretary of State for India– This was the first case in which the Sovereign immunity of the state was debated. There was a  heavy piece of iron made which was being carried by some workers on a Government’s steamer, which in its way hit plaintiff’s horse-driven carriage as a result plaintiff’s horse was injured. The plaintiff filed a suit against the government for damages due to negligence on the part of the servants employed by the government.

So, there was a distinction in liability, depending upon the sovereign and non-sovereign functions of the East India company.

In Nobin Chander Dey  v. Secretary Of State For India, the date was exempted from liability when the function was considered to be a sovereign one. There the plaintiff filed a suit contending that the Government had made a contract with him for the issue of license for the sale of ganja, and had made a breach of the same. On the evidence, it was held that there was no contract. Relying on P. & O. S. N. Co ‘ s case, it was further held that assuming that there was a contract, the action couldn’t lie as the act was done in exercise of sovereign function.

In The Sec. of State For India In Council v. Hari Bhanji, a suit was filed to recover the excess duty collected by the state on a consignment of salt. The Madras High court rejected the plea of immunity and held that no immunity attaches to actions done other the colour of municipal laws and the immunity of East India company extended only to acts of state.

So, in the P. & O. S. N. Co’ s for considering sovereign immunity the court took the view of sovereign and non-sovereign function while in Hari Bhanji case court held immunity is available to state in only ‘Act of State’.

So from the above discussion, the principle which emerges is that if the function involved is a ‘sovereign function’, the state can’t be held liable in tort, but if it is a’ non-sovereign function’, the state will be liable. But the difficulty lies in devising a certain criterion or other parameters to decide to which category the act belongs. In fact, in a welfare state, it is very difficult to draw a distinction between the two.

The Supreme Court gave one of the earliest decisions in the post-constitutional era in the case of State of Rajasthan v. Vidhyawati on the issue of the liability of the state for the acts of government servants. In this case, the driver of a jeep for the official purpose of Collector drove negligently and rashly while taking the jeep from to the collector’s bungalow for collector’s use injured a plaintiff’s husband,  who suffered injuries. The Supreme Court held that like any private employer, the government of Rajasthan will be liable for the negligent act of its servant. According to Dave J. State should not be treated differently from other ordinary employers when it is engaging itself in activities in which any private person can engage himself.

In spite of the decision of the Supreme court in Vidyawati’s case, the position is not very certain and satisfactory. In the case of Kasturi Lal v. State of U. P, the police constable misappropriated the property kept in government malkhana and fled to Pakistan, the Supreme court held that state was not liable as police authorities were exercising sovereign functions. In this case, the court has again stated that if the act of the government servant was one which could be considered to be in the delegation of sovereign powers, the state would be exempt from liability.

In peoples Union For Democratic Rights v. State of Bihar, around 600 to 700  peasants and landless persons had collected for a peaceful meeting without any previous warning by the police or provocation on the part of those collected, the SP surrounded the gathering with the help of police force and opened fire, as a result of which at least 21 persons including children died any many more were injured. The peoples Union Of Democratic Rights filed an application before the Supreme court under Article 32 of the constitution, claiming compensation for the victims of the firing. It was held by the Supreme court that the State should pay compensation of rupees 20000 for every case of death and rupees  5000 for every injured person.

In Sebastian M. Hongray v. Union Of India, Bhim Singh v. State of J & K, Rudal Sah v. State Of Bihar and Saheli v. Commissioner Of Police, Delhi, the Supreme court recognized the liability of State to pay compensation, when the right to life and personal liberty as guaranteed under Article 21 of the constitution had been violated by the officials of the state.

In Bhim Singh, the petitioner, who was an M. L. A was wrongfully detained by police and thus prevented from attending the assembly session. The Supreme court ordered the payment of RS. 50000 by way of compensation to the petitioner.

In the State of A. P. V. Challa Ramkrishna Reddy,  the High court held that the state was liable to pay damages of Rs. 40000 to the claimant for injury caused to him by police fire where negligence on the part of the police was established.

In Saheli v. Commissioner Of Police Delhi, the death of a 9-year-old boy was caused as a result of beating and assault by a police officer. In the writ petition filed by the Women’s Civil Rights Organisation, known as Saheli, the Supreme court allowed damages to the boy’s mother.

In Chairman, Railway Board v. Chandrima Das, a Bangladeshi woman was gang-raped by railway employees in a railway building,  at the Howrah railway station. It was held by the Supreme court that the right to life contained in Article 21 is available not only to every citizen of the country, but also to every person, who may not be a citizen of the country. The Central Government was, therefore, held liable to pay damages to the person wronged by railway employees.

In Maneka Gandhi v. Union Of India,  the  Supreme Court stated the following –  The Maxim that King can do no wrong or that the Crown is not answerable in tort has no place in Indian because the sovereignty now vests in the people, who elect their representatives to run the Government. The representative has to act in accordance with the provisions of the Constitution and would be answerable to the people if they act contrary to the provisions of the constitution.

In N. Nagendra Rao & Co. V. State of A. P., the Supreme court considered the question of vicarious liability of the government for the negligence of its servants. It noted the earlier Supreme court decisions in Vidyawati’s and Kasturi Lal’s cases, recommendations of the law commission in its first report for statutorily recognizing the liability of the state as had been done in England through crown proceedings Act, 1947 and in U. S. A through the Federal Torts Claims Act, 1946. It, therefore, held that the doctrine of sovereign immunity has very less relevance in the present day. If we see in the context of India we don’t have any law like England and the US.

It is unfortunate that yet no effect has been given to the recommendation of the law commission made long back in 1956, and suggestions made by the Supreme court in various cases. The unsatisfactory position of this doctrine is against social justice in a welfare state. It is hoped that the Act regarding the state liability will be passed without much further delay.

The recent judicial trend regarding the liability of state I’d undoubtedly, in favour of holding the state liable in respect of tortious acts committed by its servants. In case of wrongful arrest and detention, police atrocities,  keeping the undertrial prisoners in jail for long periods, committing assault or beating up prisoners, etc. the courts have awarded compensation to victims or to their heirs and legal representatives of the deceased. We can’t stick to the old concept of sovereign and non-sovereign functions of the state for determining state immunity in modern age world where the functions of the government in a welfare state are manifold, all of which cannot be said to be the activities relating to the exercise of sovereign powers. With changed condition and concept of the welfare state, the doctrine of sovereign immunity in its old form has very less relevance in the modern age where the concept of sovereignty itself has undergone a drastic change.  We need an Act regarding state liability which can fulfil the needs of modern age India.

AN OVERVIEW OF ANTICIPATORY AND ACTUAL BREACH OF CONTRACT
Law of the Sea: A study of an Uncharted Division
Shyam Sundar and others V. The State of Rajasthan
2020-05-25
Previous Post: Creative Abstract Writing Competition by Jus Commune: Register by 24th June 2020
Next Post: All you need to know about The Water (Prevention and Control of Pollution) Act, 1974