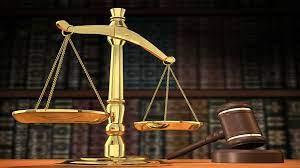 India was under British rule for almost 200 years. The foundation of independent India was followed by the necessity for an adequate governance system that was both indigenous in origin and acceptable and sensitive to the requirements and customs of the diverse forms of castes, classes, religious, and linguistic communities it was attempting to unite.

Initially, the Doctrine of pleasure took its birth in England. This Doctrine says that the civil servants of the country hold office for the pleasure of the Crown. The Crown has the ascendancy to terminate any civil servant if he wishes to, without sending them any notice, assigning any cause, and without there being any need of a reason. Therefore, it can be said that the civil servants do not have any fixed tenure, and the Government has absolute discretion in exercising this power. But, in India, it’s a little different, although this Doctrine has significant English influences. India does not grant the executive the unfettered and absolute power to expel any civil servant based on his will.

Doctrine of Pleasure under Indian Constitution

The Doctrine is not at all absolute in India and is subject to constitutional provisions. The following does not come under the operation of this Doctrine;

4.      Comptroller and Auditor General of India.

Civil servants may also be exempt from the application of this Doctrine because they are provided specific protection under Article 311, and so the Doctrine’s application may be limited to them.

By granting these protections to civil servants, the public’s faith in the civil service is maintained. Civil servants have the assurance that they can carry out their duties honestly without fear of being removed from their position unjustly or unlawfully under this theory.

In S.L. Agarwal (Dr.) v. General Manager, Hindustan Steel Limited, the constitution bench of the Supreme Court considered who is entitled to the protection of Article 311. They are –

Persons who are members of –

Civil service of the Union, or

An all-India service, or

Civil service of a state

Exceptions of Doctrine of Pleasure

In the case of the State of Bihar v. Abdul Majid, the Supreme Court of India refused to observe this tenet of the Doctrine of Pleasure. In this case, a police sub-inspector was dismissed from service due to cowardice but was later reinstated. The Government, on the other hand, challenged his claim for salary arrears for the period of his dismissal. In this instance, the Supreme Court upheld his claim for salary arrears based on contract or quantum muruit, i.e. for the value of the service rendered.

The Supreme Court ruled that the Court can investigate the circumstances surrounding the President’s or Governor’s satisfaction. If the Court determines that the events have no influence on the security of the state, the Court may conclude that the President’s or Governor’s satisfaction, which is essential for granting such an order, has been tainted by utterly extraneous or irrelevant considerations.

In Jaswant Singh v. the State of Punjab, the Supreme Court held that despite Article 311(3)’s finality, its “finality can certainly be tested in a court of law and interfered with if the action is found to be arbitrary or malafide or motivated by extraneous considerations or merely a ruse to avoid the inquiry.”

The Supreme Court held in Shyam Lal Vs. State of Uttar Pradesh that compulsory retirement differs from dismissal and removal because it has no legal consequences, and a government servant who is compulsory retired does not lose any of the benefits earned during their service, so it does not fall under Article 311.

Restrictions of the Doctrine of Pleasure in India

·         If the termination is arbitrary, the contract between the public servant and the executive can be enforced.

·         The action was taken while using the power conferred by this Doctrine under Article 310 cannot be challenged as infringing on the servant’s fundamental rights. Articles 14, 15, and 16 guarantee that the theory cannot infringe on fundamental rights.

·         As previously stated, Supreme Court Judges, Auditor General, High Court Judges, Members of the Public Service Commission, and the Chief Election Commission are exempted from the Doctrine of pleasure under Article 310 of the Constitution (1).

Since the Doctrine of Pleasure was borrowed from England, it was modified in the Indian context to fit the Indian social system. Because of the authority of judicial review, the judiciary plays a crucial role in this philosophy.

Thus, it can be said that the Constitution’s makers were aware of the inconsistencies, such as corruption, that were creeping into the civil service at the time, and decided not to grant immunity from summary dismissal to dishonest or corrupt government employees, allowing them to continue in service for months at a time “at the public expense and to the public detriment.”

While England’s Executive Head is a Monarch, India’s Executive Head is elected through elections. As a result, the principle that “the King can do no wrong” does not apply to the Indian situation. Despite the intervention of the courts, the exceptions to the protection can still be misused. Henceforth rather than examining every incident of arbitrariness, it would be preferable if specific rules were specified that must be followed when these exceptions are granted. If these criteria are not followed, the dismissal may be deemed unconstitutional, allowing the injured party to receive prompt recourse.

This article is written by Shruti Bose, a student of Christ (Deemed to be University), Lavasa