Divorces and Lockdown – A direct relationship 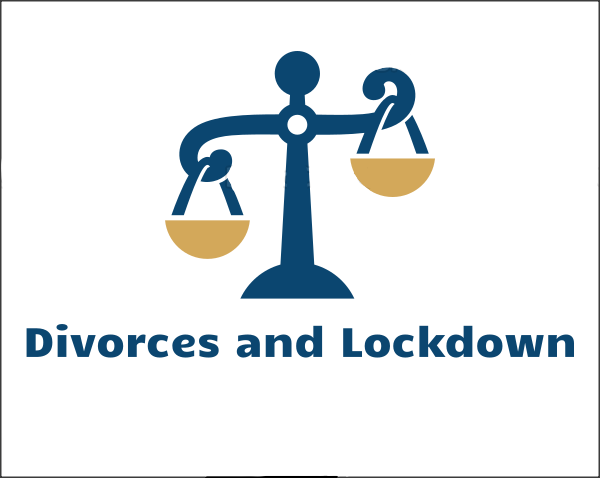 This article has been written by Mansi Tyagi, a student at Symbiosis Law School, Pune. How spending almost all the time together now, is inversely proportional to the happy endings of marital couples is what the current lockdown has been portraying. Thus, in the article here she has tried to bring up the factors leading to divorces in couples amidst the lockdown.

While most nations are busy talking and searching solutions for the consequential economic depression in the future as a result of lockdown and several other migrant problems, there are some problems which are taking toll almost everywhere. Amidst the worldwide lockdown, there are three things concerning the domestic limits which are expected to experience a surge in numbers: Baby boom, domestic violence and divorces. While states overpowering the novel coronavirus COVID-19 are showing these trends, the numbers are already shocking in states still going through strict lockdowns. While baby booms are expected to happen during the aftermath of the worldwide isolation, domestic violence cases are already getting registered with the state authorities at an unprecedented rate. However what is much surprising to the marital relations’ authorities is, the rates of divorces amidst this quarantine process. A more gigantic wave is yet to hit the domestic world once the lockdown is lifted. With elongated lockdowns, the rates of divorces are all set to take place. And there is just one central explanation to this: the restriction on movement and staying together has led the spouses to question their relationships.

Why is it becoming difficult to live with spouses?

There are several differences which were formerly non-existent that the mandatory lockdown has made irresistibly difficult to ignore now between the spouses leading to them agreeing to separate mutually. While the mandatory lockdown has become a blessing in disguise for couples otherwise not having much time to spend together owing to professional commitments,  on the other side of the reality it has made the spouses live under the same roof irrespective of their wishes, in most cases making a negative impact on the marriage. Man is a social animal. And unlike the general socializing process, when people are made to sit at homes, it is normal for them to be frustrated psychologically. However, this tendency of getting aggressive does not necessarily mean there should be a physical outburst of it on the fellow person staying with oneself. And between spouses, this somehow is leading to silent strains in marital relations. While in some cases the spouses are keeping themselves under immense pressure for the sake of their kids, in others it is taking the ugly shape of domestic violence. And the worrying issue is that despite the psychological congestion with the same person, a spouse cannot take a break by getting out of the household. The need for space is essential not just amongst spouses but any group of people irrespective of the relationship they share. And what the lockdown took away from the most intimate relationships, like those of spouses is their private spaces. Studies have shown that the absence of personal space often leads to relationships turning toxic. The inundation in the marital lives is making spouses despise each other’s presence for too long. But forced proximity is just one reason for such breakdowns of marriages. Apart from this lack of personal freedom and space, there are other factors too that are leading to the growing tensions between married couples during lockdowns. However, the problem is not the tension, it is the escalation of this despise which is leading the couples to adopt the legal way and ending their marital ties completely.

The home is a safe abode for people, but somehow is turning into a house of hell for the silent victims of patriarchal abuse, especially in a country like India which is notoriously famous for its gender inequalities. And the worst part about all this is, the mandatory lockdown has kept the victims confined behind the violent and abusive walls of their houses irrespective of their wishes. It will be incorrect to state that lockdown is the only factor leading to domestic violence since spouses are in more proximity than before. But at the same time, the numbers of such cases cannot be ignored. The national commission for women stated a rise of 94% in the crimes reported against women amidst the lockdown[1].  Females are made easy targets since now amidst the nationwide lockdown, they don’t even have a way out. And thus, somewhere these domestic violence cases are also taking the marital ties to the edge of a complete breakdown. Moreover, we still don’t know how many more are just silent under the threat of husbands and are unreported.

The unbalanced economy has also led to these unhealthy trends. There are salary cuts, there are delayed promotions, and in extreme yet common cases, there are layoffs. And the need for economic mitigation should not just be aimed to lift the economy, but also to save the domestic households from collapsing. In many cases, when one or both the spouses are losing their jobs, the monetary tension of the household is leading to another strain in the relationship. While in more other cases, the economic strain is seen on the sharing of household work. For women who lost their meagre jobs owing to the lockdown, and those who are completely dependent on the domestic income, they have no other option but to endure everything to make sure they have financial living support. However, the male being ignorant of any sharing of work despite being in the house, and even leaving the kids to their mothers, is making the women realize the patriarchal storms hitting them in the face more than ever in their lives. The division of labour is practised in less than 30% of households, and even lesser when it comes to quarantined houses. Thus, the latent tendencies of either spouse are now becoming clearer and non-negotiable when the couples are spending almost all their time together.

These trends will be more visible amongst the netizens, who are made to shift from their online communication to physical time-spending. The constant physical presence of their partners is making the netizens run out of communication despite the virtual barrier of language getting dragged down. Thus, even though they are together, couples are having communication gaps between them.

It cannot be denied that in many other cases, the continuous proximity has led to resolution of issues that existed earlier. Couples are getting the time and environment to sit and discuss the problems they never addressed. But, as of now, these cases are not as many as those of separations. The problem is not these tensions, these tensions existed earlier than the isolation phase too. The problem is the absence of a gap to leave either spouse, vent the pressure outside and outcast the tension. The lockdown has put the spouses under the same roof whatsoever. Thus, individuals are unable to escape valves which are necessary to preserve marriages.

Currently, the unavailability of courts for such domestic cases might look like the solution to restrict the separations and giving the couples time to judge such steps; however such prolonged delay is, in fact, leading to restlessness amongst the couples to break up from each other. The lifting of lockdown will therefore won’t make a better change. In fact, it will give the chance to the couples to file for separation unless they want to give their marriage a chance, which under the current circumstances is highly improbable. The lifting of lockdown won’t help in erasing the strains that it has already created in marriages. China, where the coronavirus situation is much to the relief now, is the first state to show the divorce trends on the real ground. The marital courts and the divorce lawyers have claimed to be approached twice the rate they were before the lockdown. India has a six-month cooling-off period before formalising the divorces, China has also come up with a three-month cooling-off period to give the estranged couples a chance to give another thought to separation procedures; however, in some first world countries like the USA, divorce procedures are speedier and easier and thus the upcoming divorce trends in such states is going to be worrisome. Therefore, it is important that before finalising the divorce, the state authorities shall mandatorily give a cooling-off period to the couples. Lifting of lockdown will give them an opportunity to think about separations in the absence of the lockdown leading them to it. After all, only if the marriage is beyond repair, divorce favourable. But, where mandatory lockdowns are the reason for it, a chance shall be given to rethink in the absence of such lockdowns as well.

2020-05-21
Previous Post: REMEDIES FOR BREACH OF CONTRACT UNDER INDIAN CONTRACT ACT, 1872
Next Post: WINDING UP OF COMPANY