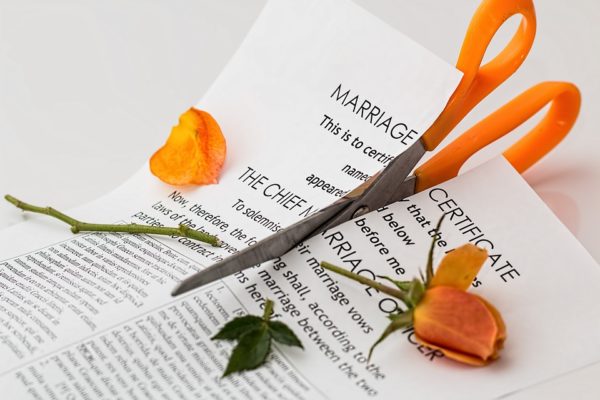 This article is written by Samridhi Sachdeva pursuing BBA LLB from Gitarattan International Business School, GGSIPU. This article talks about the meaning and theories of dissolution of marriage, forms and grounds of divorce under the Hindu law.

In Hindu law, the marriage is a sacramental union, where two people take vows and reside together, followed by all the cultures of the Hindu religion. But, sometimes either by the misconduct of any of the partners or by mutual consent of both the partners, the marriage can be dissolved. In early times, the marriages were unbreakable or indissoluble. But with time, as the matrimonial offences became the cause for unhappy marriages, then need was felt to end the unhappy marriages.

The theories of dissolution of marriage are listed below:

The three different forms of divorce are dissolution of marriage, judicial separation and annulment.

1. Dissolution of Marriage – In this, the person desiring for divorce usually end up filing it. This can be done if any party has committed any matrimonial offence, then the innocent party can claim for divorce in the respective court. And, also if both the parties by their mutual consent agree to end the marriage, then by following all the procedures, the parties can be divorced.

3. Annulment– In annulment, the court declares that the marriage never existed. Like, if any marriage occurred at a minor age of any of the partner or if either of the partners is already married to someone else. This annulment is only possible when the marriage was not legal at the very first age. The conditions for a valid marriage are described under section 5 of the Hindu Marriage Act, 1955, under that the conditions like the majority of the age and the spouse should not be married to someone else are violated, then the marriage can be annulled.

As mentioned in the Hindu Marriage Act, 1955 under section 13, there are several grounds, on which divorce can be granted. It lays down ground like adultery, cruelty, desertion, conversion, insanity, incurable leprosy, venereal disease, renunciation of the world. Also, there are some grounds on which, the female can alone sue or end the marriage, like husband, since the solemnisation of the marriage, is guilty of rape, sodomy, bestiality, cohabitation not resumed for one year, marriage of the wife took place when she was 15 and repudiated the marriage before she attained the age of 18 years and the husband has married more than one wife before the commencement of this act.

In Hindu law, there are various forms of divorce. If the partners in a marriage are not living happily, they can file for divorce or file for judicial separation. The various grounds mentioned above can help to dissolve the unhappy marriages.

2020-06-01
Previous Post: The Journey of Freedom of Press in India over the Years
Next Post: Writ Jurisdiction and Private Sector