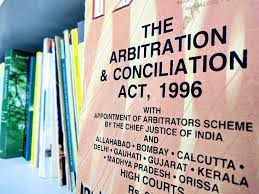 Dilution of the Statutory Protection Available to MSME: A Critique of the Supreme Court’s Judgment in Shilpi Industries

The judgment of the Supreme Court would have the unintended consequence of exacerbating issues relating to non-payment of dues to MSME.

The respondent who in this case is Kerala state road transport corporation (KSRTC) invited the tenders for the supply of thread rubber for making tyres. The appellants who gave the purchase orders. As per terms of the agreement, 90% of the total purchase price was payable on the supply of materials and the other 10% was to be paid subject to the final performance. This condition was there as the thread rubber supplied by appellants was to run a minimum number of kilometers. When the other 10% was not paid as per the agreement of purchase order, the appellants approached the industrial facilitation council which is presently MSMED Act. Further arbitration was referred under provisions of the 1996 Act. The awards were passed in favour of appellants. And further, the respondents have appealed before Kerala high court and the order was passed in favour of appellants. Further, the respondents appeared before Supreme Court.

Shri V. Giri learned senior counsel for appellants has contended that the various provisions under chapter V of the 2006 Act make it clear that conciliation and arbitration are referred to claims of the supplier only. It is also submitted that the 2006 Act is beneficial to micro and small scale enterprises and such a scope of the Act cannot be expanded the claims by the buyer. It is also submitted by the appellant that the object of the 2006 Act is to protect micro and small scale enterprises. If the claims are allowed from respondents then the scope of this Act would be expanded.

On the other hand Ms. Aishwarya Bhati, Advocate on behalf of the respondent stated by referring to section 16 of the Act, it is submitted that when any buyer fails to make payment to supplier, as required under section 15 the buyer shall notwithstanding anything contained in any agreement between buyer and supplier or any law for the time being in force be liable to pay the compound interest. They further claimed that referring to section 19 of the Act it is submitted that application filed for getting an award or order shall not be entrained until the appellant has deposited 75% of the amount in terms of award or order. Further, it is also submitted that when conciliation is failed according to the arbitration and conciliation Act 1996 are made applicable if there is an agreement between the parties under subsection (1) of section 7 of the 1996 Act. And further, the advocate pointed that no claim or counterclaim under section 18 is permissible. Further, it is submitted that in any event as the supply of goods and services were made much before the memo by the appellant the appellant cannot claim before the MSMED Act.

The court while referring to the judgment of the high court in the case of Andhra Pradesh Power Coordination Committee and Ors v Lanco Kondapalli Power Ltd and Ors held that the limitation act 1963 applies to arbitrations covered by section 18(3) of the 2006 Act. And the reading of section 43 itself makes it clear that the limitation act 1963 shall apply to the arbitrations as it applies to the court proceedings. When there is no settlement concerning dispute necessarily the micro and small enterprises facilitation council shall take up the dispute for arbitration under section18(3) of the 2006 Act or it may also provide for the alternate dispute resolution services. Thus the court is of the view that no further elaboration is necessary on the issue and we hold that provision of limitation act 1963 will apply to arbitrations covered by section 18(3) of the 2006 Act. Hence the court dismissed the civil appeals.