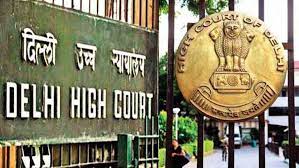 Delhi High Court on 3rd June 2021 quashed the Writ of student which claims a clause of CBSE Examination bye-laws to be unconditional.

A Petitioner who is a minor child files a writ petition through her father. Her petition states that there has been an error in the recording of her parent’s name and which one of the bye-laws of the CBSE Examination doesn’t allow so. She mentions that her parent’s names have been recorded incorrectly as Hari Singh Yadav and Mamta Yadav instead of Hari Singh and Mamta. In her birth certificate, their name has been recorded the as Hari Singh Yadav and Mamta Yadav. It was stated in the petition if she is not been allowed to correct this error then it will lead to the violation of the fundamental right to education and she will also not be allowed for higher education. In the appeal, the constitutionality of the bye-law has been challenged by the petitioner.

Respondent is contented by the counsel that C.B.S.E. is an autonomous and independent body and so will not be compliant to the writ jurisdiction. As CBSE is an autonomous society that is registered under the Societies Registration Act. The counsel of Respondent has also mentioned that the C.B.S.E is not entitled with either the power or resources to verify the details of every candidate independently and they have to rely upon the records which are given to them by the schools. It should that there has been an error on behalf of the parents.

In the judgment court, Justice Manmohan held that the parents of the petitioner consciously and consequently choose to fill in their names as Hari Singh Yadav and Mamta Yadav and Mamta Yadav in the school records. And the petition cannot deal with the challenge of the constitutionality of the bye-laws as petitioners are the ones who are at fault as they have repeated this mistake on many occasions. It held that the change of names shouldn’t be permitted as they chose to fill those names on their wish and account. The court also stated that the grounds of challenging the constitutionality are increasing nowadays even though the Petitioner is a default themselves. So the court quashed the following Writ Petition by saying that the petitioner’s parents are at fault.

What were the issues in the above case?

When can constitutionality be challenged?