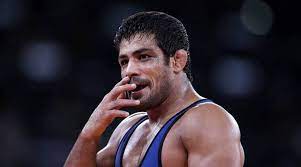 On May 23, Sushil Kumar, a renowned wrestler, and a decorated sportsman were arrested for the murder of Sagar Rana. The wrestler has been placed in judicial custody and is facing charges of murder, abduction, and criminal conspiracy.

Advocate Pradeep Rana, the counsel of the renowned wrestler, pleaded with the court seeking dietary supplements and special food for the wrestler. He further averred that the accused has won several laurels for the country and still wishes to continue his career in wrestling the alleged false accusation should not result at the end of his wrestling career.

On 9th June, Chief Metropolitan Magistrate Satvir Singh Lamba observed that all the necessities of the accused were being met as per the provisions of Delhi Prison Rule, 2018 and that the supplements were only the desires of the accused and are not in any manner a necessity.

The court also stated that the desire of the accused tantamount to discrimination against other prisoners. It was further contended that allowing a plea of such kind may invite a flood of applications from more prisoners.

The court ultimately observed that “It is well-settled law that all the persons, whether natural or juristic are equal in the eyes of law irrespective of their caste, religion, sex, class, etc. The right to equality is a basic feature of the Indian Constitution. It implies the rule of law. It also implies an absence of any special privilege in any person due to his rank, status, whether rich or poor, etc. The law should be equal and should be equally administered, that like should be treated alike.”