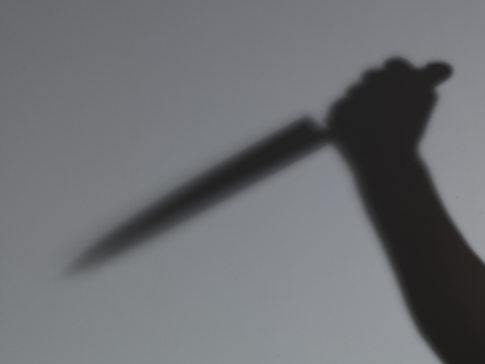 This article is written by Ritesha Das, Symbiosis Law School, Hyderabad. This article points out the difference between Culpable homicide and Murder i.e. Section 299 and 300 of the IPC

300 of IPC defines culpable homicide amounting to murder is not defined under a specific section as it is under the ambit of murder, which is section 300 of IPC.

Under this section, the degree of the punishments is mainly dependent on the two ingredients: intention of causing death or grievous bodily injury having the probability to cause death and the knowledge that the act is likely to cause death. According to section 304, the punishment for culpable homicide ranges from life imprisonment to imprisonment for a term which might extend to 10 years with imposition of the fine. If the act or the conduct is done with the prudent knowledge of the repercussions, that is likely to cause death but the element of intention to cause death was missing; then the punishment might vary from imprisonment upto 10 years or fine or both. The offences falling under the purview of Section 304 of IPC is cognizable, non-bailable and triable by Court of Session.

In the case of V. Sreedharan v. State of Kerala, the accused chased the deceased to a certain distance and then gave a single fatal blow due to the instant provocation fueled by the heat of passion on the sudden pursuit and the whole event was held to represent a continuous sequence. Consequently, the accused’s sentence was transferred from Section 300 to Section 304, Part 1.

In the case of Rampal Singh v. State of U.P, the court defined ‘culpable homicide’ as the performance of an act or omission with the intention of causing death or bodily injury which has enough potential to cause death, or any other act carried out to cause death with the adequate knowledge.

The above statement not only emphasizes the term ‘intention’ but also the term ‘knowledge’. However, they are both optimistic and have diverse mental attitudes. The main mental element is the mental attitude towards the repercussions of the acts conducted with mere intention or knowledge. Once an offence committed is fitting under any of the above three classifications, it will be vindicated under the grounds of culpable homicide.

In the case Shanmugam v. State of Tamil Nadu, the accused stabbed the deceased on a minor altercation with a spear in the abdomen and the chest. After a septicaemia week, the patient died. The court suspected the accused to have inflicted grave wounds. The accused was Part I of Section 304.

Section 300 of IPC specifically deals with murder including culpable homicide amounting to murder.  The spectrum of culpable Homicide specifically focuses on the two elements: the intention and knowledge of the conduct. But if a man intentionally inflicts sufficient bodily injury in the ordinary cause of his nature to cause death, that person will be liable for murder under section 300 of IPC. In the event of murder, the probability of death is greater than in the case of guilty murder.

The punishment for the murder falls under the purview section 302 of the Indian Penal Code, which defines that a person charged for murder, is liable for either life imprisonment or execution or both. The liability further shall extend to imposition of the fine.

In the case of  Jagrup Singh V. State of Haryana, the appellant hit the defendant’s head with a blunt log of wood, causing his death. The court held that if any person strikes someone with a rod or log of wood without any justifiable circumstances, then such an action is considered to be an injury intentionally inflicted to cause death and hence the appellant was liable under section 302 of IPC.

In the case of  B.N. Srikantiah v. Mysore State, the deceased had suffered 24 injuries out of which 21 of them were inlaid. The injuries could be traced on several parts of his body including his head, neck, shoulders and forearms. The intention of inflicting bodily injury under section 300 of IPC was established by the traces of the injuries, which highlighted the use of small weapons for inflicting bodily injury.

In the case of Abdul Waheed v State of Maharashtra, the deceased was wounded three inches deep with a knife over a trifle matter. The Supreme court held that the injury resulted in death was sufficient to draw the element of intention. By combining every factor, if the element of intention highlighted in the circumstances acts as a corroborative device to reflect intention, then the accused will be said to have formed the intention to cause death.

Following are the exceptions under section 300 of IPC:

Although both culpable homicide and murder deal with the killing of a person, but the scope differs in both the cases. Various researchers and scholars often fail to draw the line of distinction between the terms  ‘culpable homicide’ and’ murder’, due to which they are often interchanged with each other. From the above elaborations, it is crystal clear that the term ‘Culpable homicide’ has a wider scope than term ‘murder’ as murder falls under the aggravation of culpable homicide with a higher probability of causing death with intention and knowledge, subjected to certain exceptions.