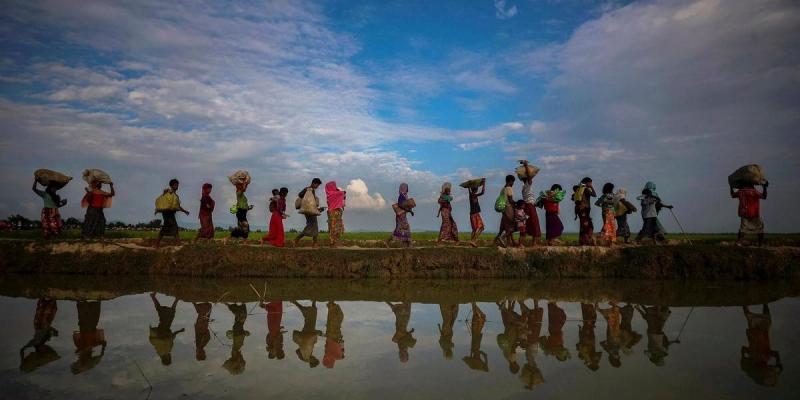 Critical Analysis on Non-Refoulement of Refugees under International Law

As already had been mentioned under the abstract, the article deals with the “principle of non-refoulement”. Guy S. Goodwin-Gill, in one of his books[1], defined what “refouler” actually means. He said, “refoulment means to drive back or to repel as of an enemy who fails to breach ones’ defenses”[2].
The “principle of refoulement” had been introduced primarily to safeguard the interests and rights of the refugees. This principle states that an individual would not be asked to go back to a country where they face threat to their lives in any way. This principle had also been accepted by India. The act became popular mainly after 1930. During the 2nd world war, this principle had been undertaken officially under “Article 33” of the “Refugee Convention of 1951”. When talked about the same in the context of human rights law, “Article 22(8)” of the “American Convention on Human Rights”, 1969. “Article 14” of the UDHR, 1948 also discusses the same. While talking about this principle from the perspective of humanitarian law, “Article 45(4)” of the “Fourth Geneva Convention” can be referred to[3]. It is also an important concept recognized in customary law.

SCOPE OF THE “NON-REFOULEMENT PRINCIPLE”

This principle gets interpreted in different ways in different international laws. The interpretation of “who gets to exercise the non-refoulment principle” varies. For instance, in the case of refugee law, this principle can be applied to both asylum seekers and refugees. They will directly receive refugee status and hence, would also enjoy a lot of rights. In the case of human rights law, the individuals would not be granted refugee status. Although they would not be returned to their country as well.

IMPORTANCE OF THE “PRINCIPLE OF NON-REFOULEMENT” OF REFUGEES

“Non-refoulement” is an important principle that is recognized by refugee law, as well as human rights law. “Human rights law” recognizes this law as it protects individuals from torture, harassment, humiliating treatment, etc. This principle guarantees a ‘no-return of the refugees to any place where they might be in danger. “Non-refoulement principle” is considered as the “part of customary international law”[4]. It is a very important fragment of international law. This norm had proven to be extremely important to millions of people who had to leave their country to keep themselves safe.

FACTORS TO CONSIDER BEFORE APPLICATION OF “NON-REFOULEMENT PRINCIPLE”

This is an important principle, so it needs thorough examination before asylum is granted. In the recent era of industrialization and globalization, most countries attempt to restrain irregular immigration. Migrants who arrive through irregular immigration tend to face a lot of challenges including discrimination and get exploited also. Irregular immigration also impacts the demographics of a country very much. Hence, the examination for granting asylum should be done well, and the seriousness has to be checked properly. In the case of “Seid Morteza Aemei v. Switzerland”[5], it was held that if the author was forced to return to his country, he would get exposed to immediate risks (of torture, arrest, etc.). This establishes the fact that the foreseeability of the risks is an important factor. An individual also has to prove that he is under immediate personal risk. At the initial stages, the burden of proof lies with the complainant.

Hence, these factors need to be discussed and checked by a committee before granting asylum.

The main issue happened when tension arose between the “non- refoulement principle” and diplomatic assurances. These assurances tend to lack efficacy in lots of cases.

This principle cannot be negotiated at any cost. There had been many cases where the non-refoulement principle had been violated. Some examples have been mentioned below:

These examples show how important this concept can be. It is important to safeguard the interests of people during any armed conflict. The citizens of a nation, form the most affected class during any ongoing war. States should be more cautious and should take proper measures to protect the basic human rights of the refugees. There are some objectives and goals of this principle. These goals include:

“Save lives and establish coordinated international efforts on missing migrants”, “Manage borders in an integrated, secure, and coordinated manner”, “Cooperate in facilitating safe and dignified return and readmission, as well as sustainable reintegration”[6].

“Article 33(2)” of the “1951 Convention” talks about two exceptions of the “non-refoulement principle”.

As had been talked about, India has not signed the 1951 Convention. Hence, it is not legally obligated to follow the concept of “non-refoulement”. Recently, the “Citizenship Amendment Act Case”[7] had raised a lot of questions. The government claimed that it does not recognize this principle as a “customary international law”. The court, on the other hand, had also reminded[8] that the government cannot just blatantly ignore the condition of the refugees.

It is true that “non-refoulement” is considered a very important principle from the perspective of human rights law. But there are certain cases when this well-known principle can prove to be harmful. “Article 33(2)” of the “1951 Convention” lists the exceptions to the principle. If a refugee seems to appear as a threat to the country, it might lead to a refusal of asylum. Therefore, “national security” is an important factor in the approval of asylum. The second reason is if any criminal record of the individual is proved that can be detrimental for the country, then they might get refouled to their own country.

Hence, overall, it is an important concept. But as mentioned above the factors should be checked carefully to ensure that the concept is not being misused.

It can be concluded from this article that the concept of the “non-refoulement principle” is a very important factor of international law. The human rights of the refugees should be protected at all costs. Countries and governments should be more responsive to such issues.
It has also been accomplished through this article how numerous countries have violated this principle in various situations.
Lately, during the COVID-19 pandemic, this principle had been affected a lot. For instance, the Belgian government had closed its borders for “asylum-seekers” or refugees, due to the ongoing pandemic.
The condition of this principle has changed dynamically since the day it was first introduced officially. It has seen a long way since then. There are chances of further improvements in this field still, and these improvements will happen with time.