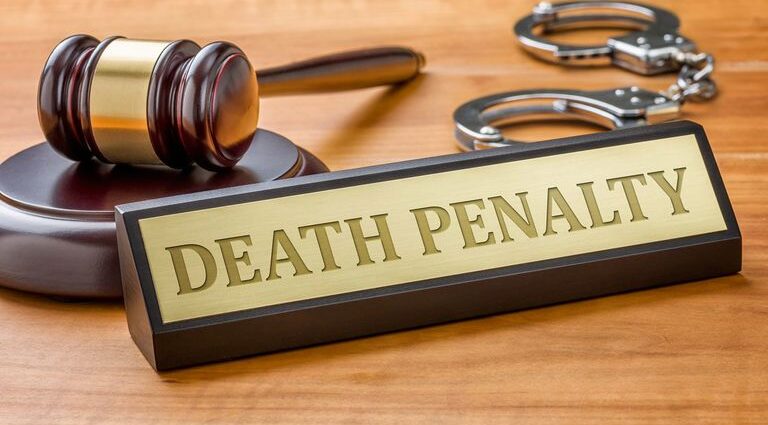 Critical Analysis on Execution of Capital Punishment in India

Various dynasties have risen and fallen over the years, but the only thing they all had in common was the employment of the death sentence as a means of enforcing justice. In terms of international law, “King Hammurabi of Babylon was the first to codify death penalty regulations. Other types of death sentences were used over the world, such as guillotining in France, beheading in the Middle East, and electrocution in Russia, among others. Is the death penalty really the best alternative of punishment in today’s world with codified rules and awakened conscience? Despite the protests of many organizations calling for the death penalty to be abolished, it is still carried out in several countries.”[1]

WHAT IS A CAPITAL PUNISHMENT/ DEATH SENTENCE?

In India, the death penalty is carried out by hanging from the neck. This system has been in use since the time of the British Empire and has yet to be abandoned. “A death sentence is provided for in Section 53 of the Indian Penal Code 1860,” and High Courts have the jurisdiction to confirm death sentences under “Section 368 of the Code of Criminal Procedure.” The death sentence is applied in the “rarest of the rare” situations, which are “those in which the community’s collective conscience is so outraged that it expects the judiciary to impose the death penalty on the accused.” According to the Indian Supreme Court, incidents in which a murder is committed in its most heinous form to fall under the category of rarest of rare cases.

Many international treaties advocated for the “abolition of the death penalty.”  “No one shall be subjected to torture or cruel, brutal, or degrading treatment or punishment, according to Article 5 of the Universal Declaration of Human Rights, 1948, and Article 7 of the International Covenant on Civil and Political Rights, 1966. The United Nations Economic and Social Council has pushed its member countries to abolish the death penalty, but has also stressed that those that desire to keep the death penalty must ensure that defendants are given a speedy trial.” The death penalty has been abolished in the majority of European Union countries.[2]

“In the case of Bachan Singh vs State of Punjab (1980),[3] “Justice Bhagwati in his dissenting opinion stated that the death penalty is necessarily arbitrary, discriminatory and capricious. He further stated that it was indeed the poor who are subjected to the gallows and the rich and the affluent usually escape from their clutches. This is indeed a gross violation of Articles 14 and 16 of the Constitution.”

“In Shashi Nayar vs Union of India (1991),[4] the death penalty was again challenged for the reliance placed in Bachan Singh case in the 35th Law Commission Report but the court turned it down stating that the time was not right for hearing such a plea. Also, the plea to consider hanging till death as barbaric and dehumanizing was rejected.”

“The Supreme Court of India recently issued a decision in Shatrughan Chauhan Vs. Union of India (2014)[5] that lays out certain rules for converting a death sentence to a life term.” “The same was done in the case of Union of India vs. Sriharan (2015),[6] also known as the Rajiv Gandhi assassination” case, “where the Supreme Court of India lowered the death sentence of Rajiv Gandhi’s killers to a life sentence.”

In its 262nd Report, “the Law Commission calls for the death sentence to be abolished in all cases save those involving terrorism.” “In addition, certain standards regarding the execution of death warrants within a specified time limit must be established.” “If there is an unconditional delay (save in circumstances of terror), procedures must be made so that the convict’s death sentence can be commuted to life imprisonment based on his mental condition.” Above all, “only the supreme creator, not the state or any other organ of the state, has the authority” to take the lives of humans on Earth.

ARTICLE 21 OF THE CONSTITUTION AND CAPITAL PUNISHMENT ANALYSIS

ARTICLE 21 OF THE CONSTITUTION OF INDIA: “Protection of life and personal liberty No person shall be deprived of his life or personal liberty except according to procedure established by law.”[7]

The next major breakthrough in capital penalty law was “Maneka Gandhi vs Union of India,[8] which established two important safeguards: first, that all fundamental rights are not mutually exclusive. A statute has to pass the test of Articles 14, 19, and 21 taken together in order to be pronounced constitutional.” Furthermore, “any procedure established under Article 21” must be “fair, just, and reasonable, and cannot be whimsical, oppressive, or arbitrary,” according to this ruling.

The death penalty is a crime against humanity in and of itself. “Life is a gift from God, and no government has the authority to take it away. As a result, the death penalty process should be considered unconstitutional and a violation of human rights.” The “government must analyze the negative aspects of death penalty” sentencing and take steps to remove such sections from the law. Because the death penalty process is lengthy, guilty inmates are subjected to both physical and emotional torture. “They essentially beg for death as a result of this. Any human being, whether convicted or not, should never have to confront such a position. Although the number of actual executions of inmates facing the capital sentence is decreasing, much remains to be done to expedite the process for those on death row while still adhering to India’s international obligations.”