Conversion Therapy has Been Prohibited by Madras High Court 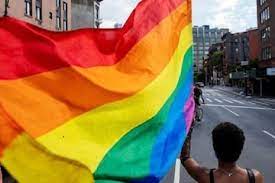 The petitioners are a lesbian couple from Madurai. Their parents who are opposing their relationship trying their best to separate the couple. The couple with the support extended by certain NGOs and persons belonging to the queer community-managed data to secure accommodation. They want to continue their education and were also looking for job opportunities meanwhile the parents had filed missing complaints of them. And they also felt the threat to their safety and security from their parents. So the couple filed Writ Petition seeking protection from their parents.

On 7th June Justice Anand Venkatesh has passed a landmark judgment giving direction and recommendation to prohibit the attempt to cure people medically and seeing the queer community problem as a medical issue. He pointed out that ignorance is no justification for normalizing any discrimination. He also suggested comprehensive measures to sensitize the society and various branches of the state including the Police and judiciary to remove prejudices against the queer society.

What expectation role was play by Justice Anand Venkatesh in the above matter?

Justice Anand Venkatesh revealed that he belonged to the majority one who had hesitation in accepting same-sex relationship completely and also revealed that he had voluntarily taken counseling with Vidya Dinakaran, a Psychologist, for understanding the subject of homosexuality to pass the correct judgment.

What measures and suggestions were issued?

What directions were given to the police authority?

The court directed police authority to hold programs for the protection and prevention of offences in the queer community. And other programmers for awareness.

The one who issues belongingness in the queer community. Who can they approach?

People who face such issues of belonging should approach any of the enlisted NGOs for protecting their rights and seek help from them.

The High Court of Allahabad extends protection accused in violation of Anti- Conversion Ordinance of...
The Hon'ble Supreme Court denies any sort of Relief to Actress Munmun Dutta over her Abrupt Remarks ...
Madras High Court Sets Aside Order by the District Court Against Lawyer using Unparliamentary Words ...