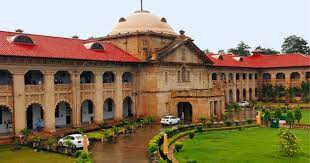 On 11 June Allahabad High Court, a bench of justice SP kesarwani and Justice Shamim Ahmed directed the State Government to strictly implement its policy of granting compensation to a citizen, who has been illegally detained.

The court has been dealing with 2 illegal detention one of which was filed by Shiv Kumar Verma, who was illegal detained by police on 8 October as he was having some ancestral property dispute with his relatives. After he is detained the detention is extended till 21 October and just because of the verification of the paperwork is detention was extended. Such has been increasing and is harassment by the public authorities. So he demanded compensation for the period.

After understanding the problem Allahabad High Court felt the need to implement policy to solve this problem. The court also observed that the harassment of a common man by public authorities is socially disliking and legally impermissible and it may harm him personally but the injury to society is far more grievous. Accordingly, Allahabad High Court directed Uttar Pradesh Government to strictly implement its policy of granting compensation of Rs. 25,000 to a victim of illegal detained and direct disciplinary action.