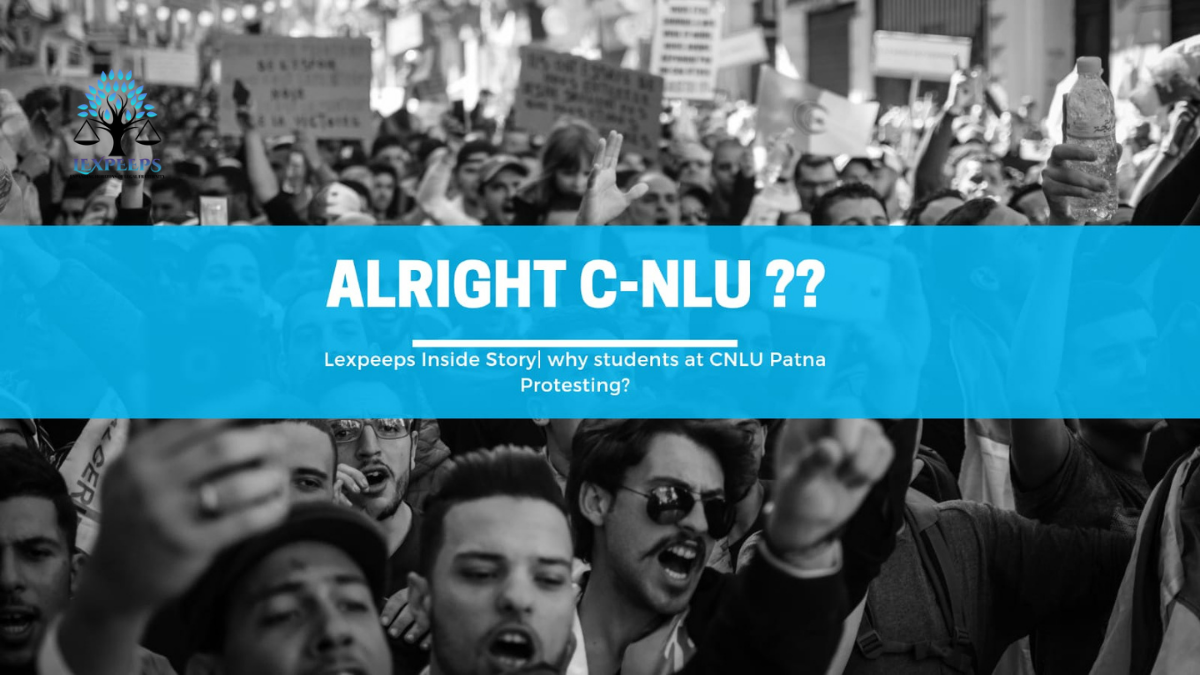 The CNLU students open front against Administration over Fee Tussle as they are facing various problems due to arbitrary decisions taken by their administration. For this academic year (2021-22), their administration has increased their fees by Rs.12,000 as compared to the last online academic year. For the last 2 years, the students have been charged Rs.16,000 as “Facilities Fees” in which the facilities include Hostel Gym Fees, Hostel Wi-Fi & Internet Fees water-cooler fees and other facilities used by the students in physical classes. It is pertinent to note that in the wake of the COVID-19 pandemic since March 2020, the students have not used any of these facilities as their curriculum is being conducted online.

Thus, it is abundantly clear that the students have no access to these facilities as the entire curriculum is being conducted online from home. Hostel Gym, Hostel Wi-Fi Internet, Hostel Water cooler and other facilities used in the physical classes were not being used by the students in their Online semesters. But still, the students are being charged Rs.16,000 without any reasonable justification for past academic years.

This time the administration has also increased Rs.12,000 under these 3 heads:

In view of the request to waive off facilities fees, Hon’ble Kerala High Court in WP(C). No.17494 OF 2020(J) directed the NUALS, Kochi to re-consider the fee structure being implemented for the academic year 2020-21. Justice Amit Rawal in the order expressed his opinion that, “Be that as it may, it is a matter of record that since the physical classes have not yet opened. The University has not granted a 100% reduction under the Sports and Games fee, and Medical/ Gym / Fitness fee whereby reduction of 30% and 25% have been granted. In peculiar facts and circumstances of the case, I am of the view that 100% reduction on these two heads should have been given. Accordingly, I direct the Executive Council to re-consider the issue regarding considering the 100% waiver on these two heads.”

The students in view of the said judgement approached the Vice-Chancellor but to no avail. The voice of the students was neglected and out rightly rejected on the account that in absence of any order from the State, the University has no obligation to give any relaxation in the Fees.

The University had previously also witnessed such abuse of power by the Administration in 2018. After weeks of strong protest, the appropriate authority appointed Ret. Justice Mridula Mishra as an interim Vice-Chancellor and Ret. District Judge, Manoranjan Prasad Srivastava as an interim Registrar. Since 2018, there has been no notification for appointing permanent Vice-Chancellor and Registrar.

As of now, the students are facing grave emergency since only 5 days are left before the deadline of payment of fees, i.e., 20th August, after which till 31st August, a late fine of Rs. 500 will be charged for late payment of fees.

In such a scenario, many students might pay the fees in fear of being their results withheld. There will be another burden of Rs. 500 more, but this does not change the fact that the administration is arbitrarily charging the fees for the facilities the students are not using. So, with little time in their favour, the concerned students of Chanakya National Law University, kindly request their administration to reduce their “Facilities fees” being charged arbitrarily.

The students have also requested the students of other National Law Universities to come forward to support them – out of which they have received statement of solidarity from NLSIU Bangalore, DNLU Jabalpur and NLU Odisha.

Donald Trump Picks Amy Coney Barrett To Fill Vacancy At The US Supreme Court.
The entire PILs can't be burdened on the court by the lawyers: Supreme Court
Supreme Court finds no infirmity in the Judgment given by the High Court dismissing the application ...
2021-08-17
Previous Post: Job Post: Legal Advisor – EPC Contracts at Alfanar
Next Post: Job Post: Sr. Manager/ Associate Director-Legal at SugarBox