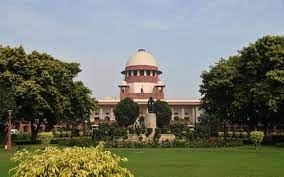 As changing time the old slow system should also be replaced with a new and faster system. As electronics have become such a crucial part of our lives so their need is felt in some parts of the Judiciary as well to faster the system. As the old and existing system of transiting bail always delays the release of the prisoners so on Friday Chief Justice of India NV Ramana stated his thought on bringing a new system to transit bail electronically to the prison authority so that there should not be any delay in the release of the prisoners as soon as bail is granted to them.

Chief Justice of India felt the need for this change while an order to release a prisoner is granted by the court but it is delayed just because the prison authority hasn’t received is a copy of it yet. After knowing this CJI said, “this is too much”. He also stated that in the generation where communication can be done in seconds, we are still looking at the skies for the pigeons to communicate the orders. As there is numerous case still pending and release of prisoners on are on just because we are lacking back with a change in time.

So Chief Justice directed the Secretary of the Supreme Court to come up within one month with a system to communicate the bail release electronically so that this outdated system can be detached from Supreme Court.