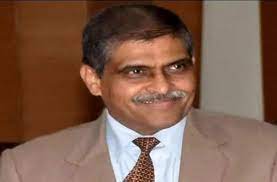 Justice Sanjay Yadav took oath as Chief Justice of Allahabad High Court on 13th June demitted office on Friday. It was the shortest tenure of Chief Justice in the history of the High Court. He discharged his duty as head of the state judiciary for 13 days. Earlier to Justice Yadav Justice Kamal Narain Singh had the shortest tenure of 17 days, from November 25 to December 12, 1991, and Justice Y V Chandrachud had the longest tenure as CJI.

During his tenure in the biggest High Court in India the duties and growth made by him in the matters such as Suo motu COVID-19 proceedings, the dignified burial of unidentified bodies near Ganga, Petitions challenging the validity of anti-conversion law.

Saravanan vs. State represented by the Inspector of Police.
Petitioner is Allowed to Travel Abroad on Deposit of 50% Amount Recovered from Smuggling
FIR will be quashed on cleaning the Yamuna river for a period of 45 days: Delhi High Court
2021-07-01
Previous Post: Voting Rights in India to Non-Resident Indians
Next Post: Special Leave Petition Filed by Sister of Gauri Lankesh