Cause of Action under Civil procedure Code 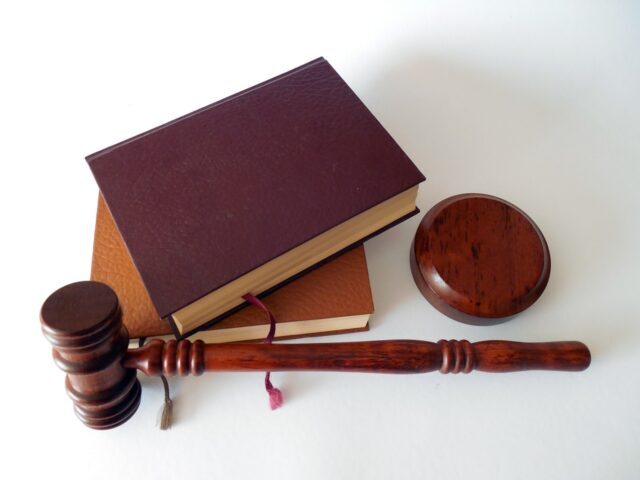 Any claim made in the suit flows from the cause of action, and claims made must be with respect to the cause of action from which they derive. In Om Prakash Srivastava v. Union of India and Anr., the Supreme Court stated that “Cause of Action” refers to the conditions that constitute a violation of a right or an urgent cause for a reaction in a limited sense. Due to the facts or circumstances, several causes of action may arise in some situations. Contractual actions, statutory causes of action, and torts including assault, battery, invasion of privacy, and defamation are only a few examples.

CAUSE OF ACTION, SECTION 20, CPC

“Cause of Action” as defined by section 20 of the Civil Procedure Code of 1908, is any fact that must be proven in support of the right to obtain a judgment. The term Cause of Action is mentioned in the CPC in various places. Under the Civil Procedure Code, 1908, Order II Rule 2, it is stated that a plaint must mention the cause of action if it is to be instituted as a suit. Order VII Rule 1 reaffirms the same. Further, Order I Rule 8 states in the explanation that the parties represented in the litigation do not have to have the same cause of action as the person representing them and Order II Rule 7 explains in detail whether an objection to misjoinder of the cause of action should be submitted before the matter appears in the suit if such a complaint is valued at that time.

As stated at the outset, a Cause of Action is not only an important part of a Civil Action, but it is also the cause for the civil suit’s existence. It establishes the disputed topic or the genuine nature of the parties’ relationship. If there is no cause of action, there will be no litigation. Although, inside the CPC, the cause of action has yet to be defined.

Order 7 Rule 11 of CPC provides litigants with the option of seeking an independent and special remedy, allowing courts to dismiss a suit at the preliminary stage without recording evidence and proceeding to trial based on the evidence presented if they are satisfied that the action should be dismissed on any of the grounds outlined in this provision.

In the case of Dahiben v. Arvindbhai Kalyanji Bhanusali1, the SC reviewed several precedents on the underlying goal of O7 R 11 while dealing with the appeal before it. The court would not allow protraction of the proceedings if no cause of action is disclosed in the plaint or if the suit is precluded by limitation. In this instance, it would be important to put an end to the phony litigation to avoid wasting more judicial time. It opined, citing Azhar Hussain v. Rajiv Gandhi2, that the main aim of conferring such powers under O7 R 11 is to ensure that useless and bound to prove futile litigation should not be allowed to consume the time of the courts and exercise the mind of the respondent.

The Supreme Court went on to say that while considering a motion to dismiss a plaint, courts should look at the plaint’s averments in light of the documents relied on to determine if they reveal a cause of action. In this regard, it was also stated that courts would have to disregard the defendant’s pleadings in the written statement and application for dismissal of the plaint on merit when making such a conclusion. As a result, the Supreme Court stated that when deciding any application submitted under O 7 R11, the courts should limit themselves to the plaint and not delve into the specific facts outlined in the written statement or even the O7 R 11 application.

Subodh Kumar Gupta v. Srikant Gupta and Ors.3
In this case, an agreement was composed in Bhilai for the dissolution of the partnership and distribution of partnership assets. The Supreme Court held that the agreement was void and had to be ignored at the threshold to save the time of the court and to safeguard the parties from any harm. Further, it held that Chandigarh Court had no jurisdiction to hear the suit as part of the cause of action that arose at Mandsaur.

Bloom Dekor Ltd. v. Subhash Himatlal Desai and Ors.4
According to the Supreme Court, the cause of action encompasses those circumstances that, if present, would enable the plaintiff to provide support for his entitlement to a court judgment. That is, a set of facts that the plaintiff will use to substantiate his or her case.

M/S South East Asia Shipping Co. Ltd. vs M/S Nav Bharat Enterprises Pvt.5
The Supreme Court ruled that a cause of action is made up of a group of circumstances that constitute grounds for bringing a civil action for redress in a court of law. In other words, it’s a series of circumstances that gives the plaintiff the right to sue the defendant under the legislation that applies to them. The court further stated that a cause of action must include any conduct committed by the defendant because, without one, no cause of action will likely develop.

Raghwendra Sharan Singh vs Ram Prasanna Singh6
In this case, the cause of action arose when the injured party disputed the gift deed after approximately 22 years from the date of the equivalent’s execution. The offended party in the situation has contested the gift deed, claiming that it is a garish one that is therefore not authoritative. After hearing both sides’ perspectives on the facts of the case, the Hon’ble Supreme Court ruled that the Statute of Limitations indisputably bars this lawsuit. Furthermore, the plaint should be dismissed according to CPC Order VII Rule 11.

Rajasthan High Court Advocates Association vs Union of India & Ors.7
In this case, the court held that every fact that must be proved, as opposed to any piece of evidence needed to prove each fact, must have been mentioned the essential element of ’cause of action’ according to the Rajasthan High Court. In each circumstance, the location of the cause of action must be determined.

As a result, the court will only be justified in dismissing the plaint for failure to disclose a cause of action if it considers the claims in the plaint and decides that they do not reveal any cause of action, assuming the allegations are true. However, if the court finds that there is no cause of action for the suit after reviewing all evidence and materials after the trial, the suit is dismissed rather than the plaint rejected.

The plaintiff’s lawsuit may be dismissed at the outset if the cause of action is not adequately established just like in the recent case. In such a case, no court proceedings will be continued in the first place to save the time of the court and to prevent such malice. Further, the claims must be backed up by facts, law, and a conclusion drawn from the law’s application to the facts.

A statement of facts in a battery case, for example, might be “While walking through XYZ Store, the plaintiff was tackled by the defendant, a store security guard, who knocked him to the ground and held him there by kneeling on her back and holding his arms behind him, while screaming in his ear to open his bag. The plaintiff suffered injuries to her head, chest, shoulders, neck, and back as a result of these actions.”

However, the facts or circumstances that lead to a person seeking judicial redress may give rise to multiple causes of action. In the previous case, the plaintiff could allege assault, battery, intentional infliction of emotional distress, and violation of Civil Rights.

As for this regulation, the term “cause of action” refers to the key facts that make up the right and its infringement, which authorizes a person to sue the wrongdoer, defaulter, or anyone else who is liable for it.

However, Rule 6 of Order II of CPC states that the court may order separate trials if it appears to the court that joining causes of action in one complaint will embarrass or delay the trial or be otherwise inconvenient. It can be analyzed from the above-stated matter that a lawsuit can be dismissed if the cause of action is missing from the complaint. It is not enough to just assert that specific events or facts occurred that entitle the plaintiff to relief; the complaint must also include all of the elements of each cause of action in detail. However, if an offended party excludes any relief to which he is entitled to suit except when approved by the Court, he will not be granted such assistance later. The Court may award aid on reasons other than those specified in the plaint in exceptional situations. The aid requested by the injured party or the defendant might be broad or narrow.

Issues and Challenges of Womens’ Career
NLSA v Union of India
MINORITY RIGHTS IN INDIAN CONSTITUTION
2022-02-20
Previous Post: ALL THE WAYS IN WHICH THE ACCEPTANCE IS VALID IN CONTRACTS
Next Post: Moot Court Competition: Sinhgad Law College, Pune