CASTE BASED RESERVATIONS IN INDIA – A CONSTITUTIONAL EXAMINATION 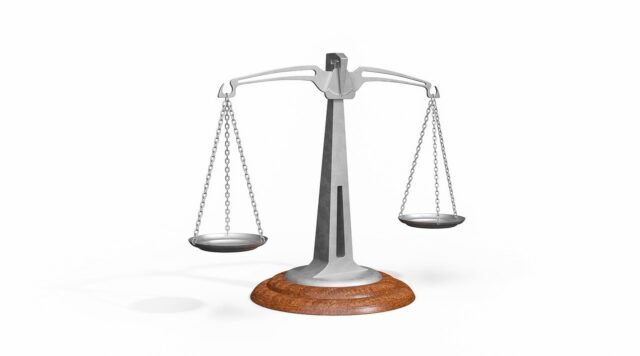 India, a country with many ideologies, religions, dialects, castes, and topography, represents unity and integrity. However, when it comes to the Varna System, which divides Indians into Brahmins, Kshatriyas, Vaishyas, and Shudras, there is no such unity displayed (Scheduled Casts, Scheduled Tribe, and Other Backward Communities, the most oppressed ones). As a result, the founders of the Indian Constitution established the principle of the reservation to ensure that every citizen’s social, political, educational, and economic rights and dignity be protected equally.

In India, the caste system is profoundly founded in certain theological and social views that are highly conservative, and it has eventually estranged countrymen while categorizing ethnic and minority groups. This socioeconomic marginalization stems from the nebulous and nonsensical Principle of Purity and Pollution, which states that the lower castes are mostly linked with harmful vocations and are hence stigmatized by the society’s mainstream population. The Scheduled Castes (SC), Scheduled Tribes (ST), and Other Backward Classes now make up more than half of the country’s population (OBC). Since the dawn of time, the Indian civilization has recognized significant social, educational, and economic disparities among its citizens. Though there was no caste-based divide in Vedic civilization, the rise of Brahminical culture in the Indian subcontinent brought with it the active form of class and caste structure.

The Constitutional provision of reservation

Article 14
Article 14 emphasizes two points: equality before the law and equal protection under the law. Article 14 imposes a duty on the state for the benefit of all people living in India’s territory. As a result, residents are not the only ones who gain from Article 14. Every natural or artificial person, whether a citizen or an immigrant, is entitled to the protections afforded by this article. The reality, on the other hand, frequently paints a different picture.

Article 15(4)
“Nothing in this article or clause (2) of Article 29 shall prevent the state from making any provision for the advancement of any socially and educationally backward classes of citizen or the Scheduled Castes and the Scheduled Tribe.” Such “special provision” as are permissible under clause (4) of Article 15 must, However, those specific provisions are for the progress of persons who fall into those categories, and thus they are not for the advancement of those who are not covered by this clause. Even clause (4) of Articles 15 and 16 cannot be applied to all the vague purposes of the reservation. In the State of M.P v Mohan Singh the Supreme Court verdict that though prisoners were from the backward class they will be equally liable for punishment as of other prisoners as they have broken the law.

The 50% Rule
In Indra Sawhney vs Union Of India, 1992, the court covered caste-based reservation, ruling that “No reservation or preference provision may be sought with such eagerness as to demolish the fundamental notion of equality.” The Janata Party administration established the Second Backward Groups Commission, or Mandal Commission, in 1979 to identify India’s socially and educationally backward classes. Its chairman is Bihar MP Bindheshwar Mandal. At the time, India had established reservations for Dalits and Adivasis. The Mandal Commission’s report, published in 1980, proposed that quotas be provided to the Other Backward Classes, a large group of castes that fundamentally fulfill the caste system’s “shudra” label. The report was kept in cold storage after Congress regained power shortly after it was filed. Another non-Congress administration, this time led by VP Singh, took a decade to implement the Mandal Commission’s recommendations, sparking widespread protests and the Indra Sawhney case in the Supreme Court.

The concept of ‘Creamy Layer’:
The Supreme Court of India gave birth to the concept of a “Creamy Layer” because the Indian Constitution does not provide for it. It generally refers to that backward caste be it SC, ST, OBC, or even any unreserved one who may be regarded as untouchables or not got enough land, money to live a healthy life and their children will not be able to get the reservation. For the first time, the term creamy layer got introduced by the Sattanathan Commission in 1971 which reported that the “creamy layer” should be exempted from the OBC reservation of civil services, and with that, the “creamy layer” principle has been laid down by Supreme Court for the exclusion of the advanced sections of the backward class groups for reservation. However, it ultimately divided society into backward and forward classes.

The constitution’s framers aspired to create a casteless and classless society. They wanted to uplift the underprivileged and provide them with a decent existence by concentrating on their job, education, and social standing. In a nutshell, the principle of the reserve was ingrained in the foundations of Equity and Justice. However, over time, the whole thing went off the rails. As a result of evaluating different aspects of the government’s reserve policy covered under Articles 15 and 16, certain flaws in reservation policies have been identified. The authors’ humble proposals for eliminating such shortcomings and achieving the desired aims of reservation policy is as follows:

Despite the government’s haste in implementing the 10% quota for Economically Weaker Sections in the unreserved category, it is past time for it to rethink its strategy on defining poverty levels and ensure that all poor and needy individuals are included.

Above all, the authors argue that it is past time to focus on the fundamental difficulty that the Reservation Laws face, which is nothing more than a defective system for implementing or enforcing the laws or policies that have been enacted. The true beneficiary is poor in information, which is a major worry right now.