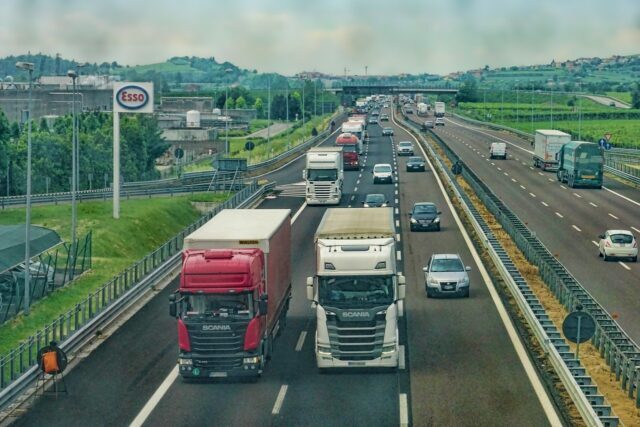 The article makes a sincere effort to capture the journey and improvements made under the Motor Vehicles Act which was first enacted on 1st July 1988 and thereupon amended in 2019 by the act of parliament.

Hence, the need for the development of road transportation was felt hard, keeping in mind the benefits of connectivity. The compelling push for the development of road transport infrastructure combined with the increasing gross income of average middle-class Indian due to economic prosperity led to drastic demand for motor vehicles ranging from commercial ones such as trucks, lorry, etc. to personal ones such as cars, bikes, etc. The effect of this fundamental shift led to the dotting of the national roads with an increased number of motor vehicles culminating in congestion of roads, increased no of road accidents, vehicular crimes, noise pollution, instances of careless and rash driving, etc. all indicating acute need for due and systematic regulation of road traffic.

A. The Motor Vehicles Act 1988
The Motor Vehicles Act, 1988 1 is comprehensive legislation that caters to the needs of providing an effective framework for management and regulation of the vehicular road traffic, minimization of road accidents, and enhancement of road safety. The act was enacted by the parliament and came into force on 1 st July 1989. It replaced Motor Vehicles Act,1939, which earlier replaced the first such enactment Motor Vehicles Act,1914. The Act laid down the detailed provisions relating to the motor vehicles laws and chalked out efficiently even the minutest details such as eligibility, requirements, suspension and disqualification of driving license and learners license, registration of vehicles, permits, insurance, claim tribunals, traffic rules, appeals, compensation, etc. Furthermore, the act provides a vast array of penalties for the violation of traffic rules.

2. The centerpiece of this act was the formation of a comprehensive adjudication mechanism for grant of compensation to the victims of road accidents, as earlier, due to the lacunae of previous legislations, the drivers could escape their negligence and were not held accountable for their actions. The MV Act 1988 provided a vent for the speedy redressal of the above disputes and added to the cause of innocent victims.

3. Section 3 of the Motor Vehicle Act made it mandatory for a driver of the motor vehicle to have a valid driver’s license i.e. DL for driving at any public place which shall be issued to him by the authorizing officer. A DL or learner’s license is valid and effective throughout India.
Furthermore, no vehicle can be driven without obtaining a valid registration certificate under the motor vehicles act. The registration certificate so issued shall be valid from the date of issuing to the next fifteen years which can be further renewed for five more years.

5. Section 6 prescribes restrictions for holding of more than 2 DLs except in the case of learners license or holding of central government vehicle license or others if any, as prescribed by law.

6. Section 8 enumerates the conditions for granting learners licenses. Learners so granted shall be effective for a period of six months from the date of its issuance.

8. Section 19 enumerates about disqualification or revocation of DL by licensing authority after giving reasonable opportunity of being heard to the holder of DL.

9. Section 26 provides for maintenance of a State Register of Driving Licenses, in respect of driving licenses issued and renewed by the licensing authorities of the State Government.

10. Section 146 of the Act makes it mandatory to insure motor vehicles.

11. The Motor Vehicle Act 1988 covers various offenses for the contravention of the rules mentioned therein and lays down penalties for the violation of the same such as Section 39 provides a penalty for not having a valid registration certificate of the vehicle, Section 129 for riding without a helmet, Section 184 for over-speeding and doing rash driving, Section 138(3) for driving the vehicle without fastening seat belt and many more.

B. The Motor Vehicles Amendment Act 2019-
With ever-growing modernization and globalization, a significant pattern of change in the behavioral use of vehicles became evident in 21 st century especially after the year 2010. Instances of reckless and rash driving, violation of traffic rules such as nonuse of helmets, seat belts, use of unregistered vehicles and permits, etc. became rampant and common. The paltry and meager amount of penalties prescribed under the Motor Vehicles Act 1988 for the violation of rules mentioned therein fell acutely short to deter those violations and further perpetuated the careless and reckless attitude of the people. It was in this background that the Motor Vehicles Amendment Act2 was enacted and passed by the parliament on 31 st July August 2019. The Act has been in force since 1 st September 2019 and seeks to amend some of the provisions of the Motor Vehicles Act 1988. It aims to make the roads safer and bolster the regulations in order to deter violations of the traffic norms. The act provides for a manifold increase of penalties for the violation of traffic rules, recall of defective vehicles, provisions for the protection of good Samaritans, the constitution of National Road Safety Boards, and a host of other reforms.

Key Features:
1. Compensation for victims of road accidents:
In the context of hit and run cases, the act has significantly increased the fixed minimum amount of compensation to be given in cases of deaths from Rs 25,000 to Rs 2 Lakh, and in cases of grievous injury, from Rs 12,500 to Rs 50,000.

2. Recall of vehicles:
The Act provides for recalling of those defected motor vehicles by the central government which may cause harm to the environment, or to the common people in general.

4. Increment in the quantum of fines 3
i. The amended Act has increased the fine for drinking and driving 5 times the penalty prescribed under the older Act from Rs 2,000 to Rs 10,000 along with imprisonment of 6 months. Consequent repetition of drinking and driving would lead to a fine of Rs. 15,000.
ii. Fine for rash driving is now increased from Rs 1000 to Rs. 5000 under the amended act.
iii. There has been a colossal increase of 10 times in the fine for driving without DL which now stands fixed at Rs 5000 in contrast to the earlier chargeable amount of Rs.500.
iv. The amended act introduced a new category of offenses by the Juveniles as per which the Guardian of the Juvenile, who would be the owner of the vehicle will now be fined Rs. 25,000 and up to Rs 3 years of imprisonment for contravention of traffic rules by the Juvenile and the Juvenile shall be tried accordingly under the Juveniles Justice Act. Furthermore, in such cases of contravention and conviction of the juveniles, registration of Motor Vehicles shall be canceled.
v. The amended Motor Vehicles Act lays down standards for the manufacture of motor vehicles parts, the contravention of which would result in a fine of up to Rs 100 crore, or imprisonment of up to one year, or both to the manufacturers of such motor parts.
vi. Section 196 of the amended Motor Vehicle Act, 2019 prescribes a fine of Rs 2000 for driving the vehicle without Insurance.
vii. Section 194 D of the amended Act prescribes a fine of Rs 1000 for riding without helmets and disqualification of license for up to 3 months.
vii. Driving without a seat belt will now be fined at Rs. 1000 under section 194B of the amended Act.
ix. Fine for speeding/racing has now been increased from Rs 500 to Rs 500.
x. Fine for driving vehicles without a permit has been increased from Rs.5000 to Rs. 10000 and fine for over-speeding have been increased from Rs 400 to Rs 2000.
xi. Under section 194 E of the Act; not providing a way for emergency vehicles e.g. ambulances will now cost up to Rs 10,000.

The Motor Vehicles Act 1988 was enacted with the objective of improving road traffic management and safety; enhancing the regulatory mechanism of licensing and registration, and minimizing road accidents. However, the compelling forces of modernization of 21 st century made many provisions of this act inconsistent and obsolete with the pace of development of current times, thereby leading to a lack of deterrence and perpetuation of irrational and reckless behavior as regards traffic etiquettes. This led to the enactment of the Motor Vehicles Amendment Act 2019 that sought to take care of the lacunae created due to the inconsistency of the previous Act by systematic consolidation and amendment of the previous Act, thereby prescribing a host of rigorous punitive and improvising measures.