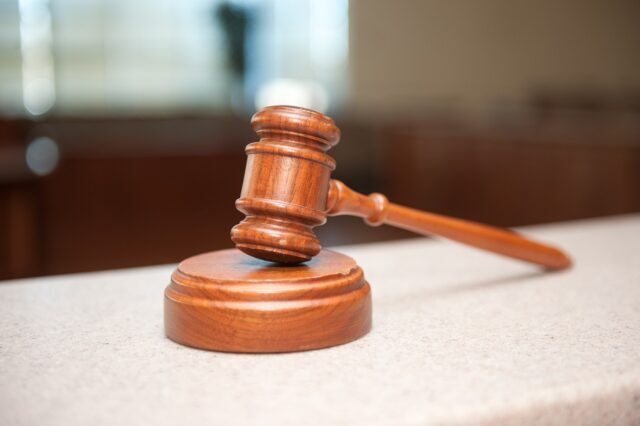 In Arjun Pandit Rao v. Kailash Kushanrao, the Supreme Court held that electronic recordings require a certificate under Section 65B (4) of the Evidence Act (“Act”) to be accepted. The certificate acts as verification of the identity of an electronic record and contains information on any equipment used in its creation. It is signed by someone in a position of responsibility for the operation of the relevant device or the management of the relevant activities.

In the same case, in July 2019, a Supreme Court Division Bench forwarded the question to a bigger bench. As a result, the Supreme Court merged the case, which was an appeal against a Bombay High Court decision, in order to determine the correct legal situation in the aftermath of its two contradicting judgments. The Respondents challenged Arjun Panditrao Khotkar, the Returned Candidate (“Appellant”), election to the Maharashtra Legislative Assembly for the November 2014 session in the Bombay High Court. One election petition was submitted by lost candidate Kailash Kishanrao Gorantyal (“Respondent”), while the other was filed by Chaudhary, an elector. Based on video camera footage, the Respondents argued that the election was null and void due to a delay in the presentation of nomination forms. The Bombay High Court accepted the electronic evidence notwithstanding the lack of a Certificate because the party was in “substantial compliance” with the applicable regulations and declared the election unlawful.

The issue of providing the Certificate under Section 65B (4) has been before the Supreme Court on several occasions. In Anvar PV v. PK Basheer (2014), the Supreme Court held that any documentary evidence in the form of an electronic record can only be shown using the method described in Section 65B of the Act. The admissibility of electronic records in determining the validity or dependability of evidence is addressed in Section 65B, which is mandatory. Later, in Shafhi Mohammad v. State of Himachal Pradesh, a Supreme Court Division Bench held that the requirement of a certificate under Section 65 B (4) is procedural and can be waived in the interest of justice if a party does not have one.

The Supreme Court was faced with two major questions in the present case.

The Supreme Court upheld the appealed decision because the Bombay High Court made its decision based on other evidence besides the electronic record data. The Supreme Court ruled that before electronic evidence can be accepted, a Certificate under Section 65B is required,5 upholding the decision in Anvar P.V. and overruling the ‘clarification’ in Shafhi Mohammed. Furthermore, the Supreme Court overruled the Madras High Court’s decision in K. Ramajyam, which held that evidence could be provided in place of the Certificate by a person in charge of a computer device. The Supreme Court also overturned the Tomasa Bruno ruling, finding that Sections 65A and 65B are merely clarifying and procedural in nature and cannot be deemed a comprehensive regulation on the subject. It further indicated that a certificate necessary under Section 65B is not always required. Section 65B (1), according to the Supreme Court, distinguishes between I the original electronic record contained in the computer in which the original information is first stored, and (ii) the computer output containing such information, which may then be treated as evidence of the contents of the ‘original document.’ When it comes to categorizing evidence, this distinction is recognized in legal terms. The Supreme Court clarified that a certificate is not required if the ‘original document’ is produced (as primary evidence). The owner of a laptop computer, computer tablet, or even a mobile phone might do so by going into the witness box and establishing that the concerned device, on which the original information is first saved, is owned and/or operated by him. In all other cases, where the “computer” is part of a “computer system” or “computer network,” and physically bringing such a system or network to the Court is impossible, the only way to provide information contained in such an electronic record is to use Section 65B (1) in conjunction with the production of the required Certificate.

The Supreme Court also considered whether a party is unable to present a certificate if they do not have access to an electronic device. In light of the Evidence Act, the Code of Civil Procedure, and the Code of Criminal Procedure, the Supreme Court held that a court has sufficient power and jurisdiction to require the production of any document. If the certificate is not granted, a request for its manufacture might be submitted. It is indicated that a party has completed his legal obligations in order to get the Certificate.

The maxims lex non cogit ad impossibilia, which states that “the law does not demand the impossible,” and impotentia excusat legem, which states that “where there is a disability that makes it impossible to observe the law, the alleged disobedience of the law is forgiven,” were taken into consideration by the Court. The Supreme Court highlighted other cases where this maxim had been applied in similar legal situations. Electronic evidence must be submitted no later than the start of the trial, according to the Supreme Court. However, a judge’s use of discretion in allowing evidence to be filed at a later date in a criminal trial should not cause the accused serious or irrevocable damage.

Similarly, if the accused desires to provide the requisite Certificate, the facts of the case and the Court’s discretion in accordance with the law will be considered. If a trial is still going on, the appropriate certificate can be issued at any moment so that material from an electronic record can be accepted and used in court. The Supreme Court also ordered cellular companies and internet service providers to keep CDRs and other relevant records in a separate and secure manner for the relevant period (in accordance with Section 39 of the Act) if a specific CDR or other record is seized during an investigation during that period.

This is intended to be used in all criminal cases. This will allow the parties to call for such records during the defense evidence stage or if data is needed to cross-examine a specific witness.

The Supreme Court also highlighted a five-judge panel’s report from 2018 proposing Draft Rules for the Reception, Retrieval, Authentication, and Preservation of Electronic Records. In order to provide advice to courts on how to preserve and safeguard electronic evidence, the Court believes that these Draft Rules should be made mandatory. Furthermore, the Bench held that, in order to prevent corruption, appropriate rules for the retention of data used in criminal trials, their segregation, chain of custody, stamping, and record maintenance, as well as for the preservation of metadata, should be framed under Section 67C of the Information Technology Act for the duration of trials and appeals. Justice V. Rama Subramanian agreed with Justice Nariman’s conclusions in his opinion, concluding, among other things, that a re-examination of Section 65 (B) of the Act is urgently required.

The Supreme Court’s ruling puts an end to the discussion over the meaning and interpretation of Section 65 (B) of the Act, as well as the issue of certificates for electronic data production in court. Directions to cellular companies and internet service providers to preserve records that can be summoned if necessary are clearly an enabling feature that will ensure that a party can access and rely on evidence to establish their claims. The Supreme Court confirmed the distinction between primary and secondary evidence in the case of electronic documents. A bright-line rule may not work as effectively for electronic records as it does for paper ones. It is unclear whether the legislature will revise Section 65B in its current session.

S.R. Batra And Anr. vs Smt. Taruna Batra
Equal Pay for Equal Work
Can POSCO cases be quashed on the basis of compromise?
2022-02-06
Previous Post: EVERYTHING YOU NEED TO KNOW ABOUT E-CONTRACTS IN INDIA
Next Post: Job Post: Associate Counsel/Legal Manager at Citi, Mumbai