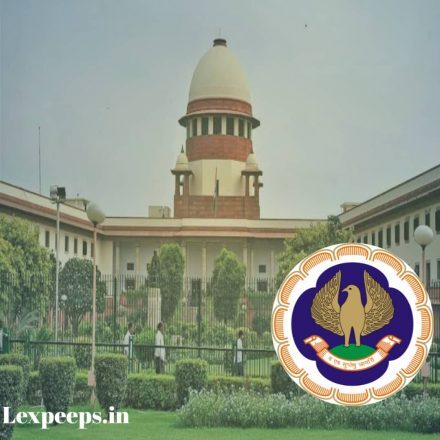 Transfer petitions had been filed for transferring various writ petitions which have been pending in the High Courts of Madras, Calcutta and Kerala. The writ petitions asking to be transferred were seeking the validity of Chapter VI of the Guidelines No.1- CA(7)/02/2008 dated 08.08.2008 issued by the Council of  Institute of Chartered Accountants of India. The aforesaid guideline was said to be violating Article 19 (1) (g) of the Constitution of India.

“Article 19 (1) (g) guarantees to all citizens the right to practice any profession or to carry on any occupation, trade or business. This freedom is not uncontrolled, for clause (6) of Article 19 authorises legislation which imposes reasonable restrictions on this right in the interest of the general public.”

After the issuance of the guidelines which was dated 08.08.2008. several writ petition has been filed by aggrieved parties in different high courts details of which had been provided in the judgment.

The contention was that the transfer of the writ petitions be allowed as this would help avoid the multiplicity of proceedings, conflicts of decision and also settle the law which was of public importance dealing with the Institute of Chartered Accountants of India which was the regulatory body governing chartered accountants in India.

However opposing counsel was of the view that there was no such convenience that would be availed by such transfer except the fact that it would avail the convenience of the petitioners and in fact, it would take way the right guaranteed under Article 226 of the Indian Constitution. They also contended that Article 139A of the Constitution is an exception to be exercised only in rare and exceptional circumstances.

Article 139A of the Constitution of India deals with the transfer of certain cases and provides for consideration of the matter by the Supreme Court of India as well as transferring of cases from one High Court to another.

The respondent took precedence from the judgment passed by the Court in, Institute of Chartered Accountants of India versus Southern Petrochemical Industries Corporation Ltd and Anr (2007) 15 SCC 649 where the court had directed all the writ petitions to  Calcutta High Court. They were of the opinion that even in the present case the court should consider transferring all the writ petition to anyone High Court instead.

The Supreme Court however through its 3 judges Bench however held that its judgment in a previous case does not preclude the consideration of the prayer of the petitioner asking for transferring the writ petition to the Supreme Court. Since the issue was a matter of public importance affecting Chartered Accountants as well as the citizens who have to obtain compulsory tax audits they were satisfied to settle the law and to clear the uncertainty among the professionals dealing in tax and the citizens that it was appropriate that the Supreme Court should transfer the writ petition to pronounce the law on the subject in an authoritative manner.