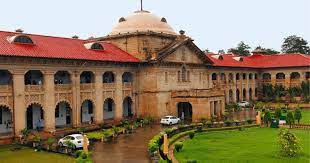 In the matter, the applicant had applied for bail in Allahabad High Court which was denied by the court on 5th July. The case is relating to the Honor killing where victim Jyoti and Rahul got married o against their family members’ consent. Their families were against their marriage as they belong to a different caste.

It is been alleged that due to the caste difference they still got married which has hurt their family honor that’s the reason the Applicant who is the brother of Jyoti and her other family members had eliminated her and killed shot her husband Rohit.

During the argument, the Applicants Counsel stated that the role of assaulting was done by another family member of the applicants but not by the Applicant himself. The people who are accused to be involved are Jyoti’s father, Jyoti’s Uncle, and her brother.

Justice J.J.Munir of Allahabad High Court while hearing the plea of bail application states that “there is no place for those citizens in the society who go to the extent of eliminating a family member for choosing a life partner of his/her choice”. Court also stated that it is the case of brazen of honor killing where family members of Jyoti have prima facie sought to redeem through this crime. So the court has refused his bail.