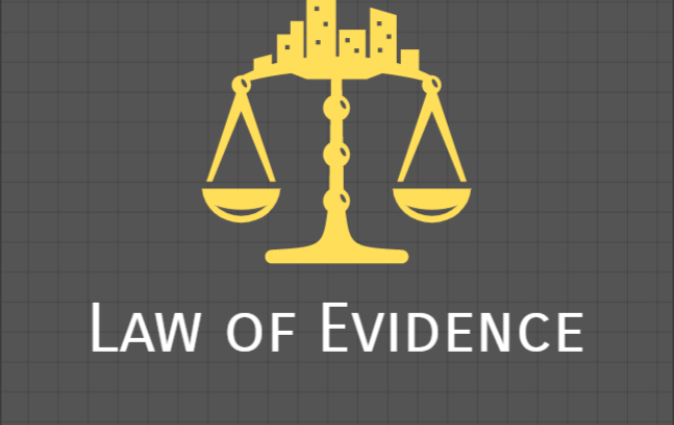 ADMISSIBILITY OF EVIDENCE OBTAINED FROM ACCOMPLICE

This article has been submitted by Aaditya Kapoor, a law-aspiring student of Vivekananda Institute of Professional Studies. Through his research, Aaditya strived to shed light upon the admissibility and applicability in courts, of evidence obtained from an accomplice to the crime.

While investigating a crime after its commission, there are a number of stages involved in it. In order to trace mens rea and actus reus In any criminal case, the primary objective of an investigation being conducted is to harness evidential data related to the crime. The Indian Evidence Act has not only prescribed ways and procedures to sanction crime-related evidence, but it has also laid down various types of data that can qualify as an admissible record in court.

Who is an Accomplice?

An accomplice means a person who has been involved in committing a crime. If an offence is committed in concert by more than one person each involved in his commission is an accomplice. Conspirators secretly lay their plot; they ruthlessly execute it, and leave no evidence behind. So the police often have to pick one of them for the purpose of converting in his testimony.

He is forgiven on condition that he bears evidence of the crime against his former partners. He is then referred to as an accomplice, a suspect turned over, or an approver. He acts as a witness for prosecuting the convicted person with whom he participated in the commission of the crime together. A problem can be encountered while deciding whether or not evidence by an accomplice can act as a credible source of record or not.

How is the meaning of evidencing a  victim turned into a convicted criminal?

Two sections in the Act touch on this subject. Section-133 declares categorically that an accomplice is a qualified witness and on the basis of such proof the Court may convict, and the conviction will not be unlawful merely because it results from the uncorroborated testimony of an accomplice. The other problem is highlighted in paragraph (b) to section 114, which states that the court may opine that the accomplice does not meet prerequisites for obtaining credit, given his lack of aid in the material process.

S.133 – A compliance shall be a credible witness against a convicted person, and a conviction is not unconstitutional merely because it results from an accomplice’s uncorroborated evidence.

S.114 – Illustration (B) — Unless corroborated in material details, the court may conclude that an accomplice is uncredited. The apparent contradiction between those two statements should be resolved first.  The uncorroborated testimony of an accomplice can be taken in by court according to Section – 133,  but since such a witness, being a criminal himself, may not always be trustworthy, the court is guided by the illustration attached to Section 114 that the court should presume, if necessary, that he is a criminal considered unreliable; with the only exception that statements made by this person stand as verified.

An individual must engage in the commission of the same crime in order to become an accomplice. This engagement can be achieved in several different ways. The modes of participating in a crime are dealt with under the heading:-

(3) Accessories after the fact: Any person is an accessory after a crime, who knows that another person has committed a crime, receives, comforts or supports him in order to avoid punishment; or rescues him from arrest or in the custody of the crime, deliberately and knowingly helps him to avoid or object to his arrest.

Section 118 of the Indian Evidence Act prescribes the prerequisites for establishing witness competency. Competency is a precedent condition for examining a person as a witness and the sole test of competency established is that the witness should not be prevented from understanding the questions posed to him or from giving rational answers expected of him by his age, mental and physical state of illness.

Once it is determined that the person who has actually appeared as a witness is an accomplice, the question then arises as to what value is to be attached to his evidence, namely whether it should be acted upon in itself or whether his statements should be considered for some independent verification. As a precautionary rule, which has now become practically a rule or statute, it has been known from the earliest times that an accomplice ‘s evidence will stand the test of scrutiny at least in the key points. This is called corroboration. The reasons why corroboration was deemed necessary are because:-

(1) He himself was a convict and his evidence would therefore not have the same respect as that of a law-abiding person.
(2) He was unfaithful to his companions, and could be unfaithful to the court because he had reason to shift the blame from himself to his former companions;
(3) if he is an approver, he has been favoured by the State and, thus, is likely to be in support of the State.

The meaning and type and degree of corroboration was clarified by the  Criminal Appeals court in R v. Baskerville: The case concerned a sexual attack on two young boys with their consent at the accused’s home. Thus the boys were both accomplices. The only way to corroborate one’s proof was by citing the other’s argument.

Eight people were tried for murder in Bhuboni Sahu v. The Emp. four of them have been acquitted. Of the others, one has appealed to the Privy Council. The case against the appellant consisted of:

In Narayan Chetanram Chaudhary v. Maharashtra State, accused of robbery and murder committed crime. All deaths were caused by A1, the child was killed by A2 except for one boy. Raju PW 2 was personally involved in the crime and supported the tribunal.

Perhaps the murders were done to wash away all signs of theft and done by the accused. Accused have been arrested from different locations. Various witnesses had identified them in the recognition parades. Raju expressed his intention to make a confessional statement after the undertaking but before the start of the trial. The plea was admitted by the trial court. The accused Raju was granted pardon on the condition that, within his knowledge of the crime, he would make a full and accurate declaration of all the circumstances. The Connection was also approved by the High Court.

By reading harmoniously Section 114(b) and Section 133, the courts in this country have jointly laid down the guiding principle for accomplice proof which clearly establishes the law without any ambiguity. The theory established by the courts is that while a prosecution based on an accomplice’s uncorroborated evidence is not wrongful or illegal. However, the law of prudence notes that acting on an accomplice’s testimony is dangerous unless it is corroborated with respect to factual factors that include the accused.

Accomplice witness can be a competent witness if certain conditions are met. One prerequisite required to be Accomplice Witness is that he must be involved in the crime. And, unless it is subject to corroboration, the Accomplice Proof can be taken as strong evidence.

Alternate Dispute Resolution in India
Environmental Law and Policies
Indra Sarma v. VKV Sarma
2020-05-26
Previous Post: All you need to know about The Water (Prevention and Control of Pollution) Act, 1974
Next Post: UNION OF INDIA V LT. CDR ANNIE NAGARAJA AND ORS.- A QUEST FOR EQUALITY