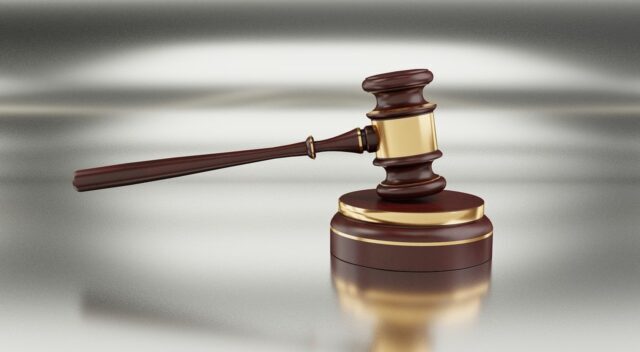 Sir John Salmond has defined ‘Right’ as an interest recognized and protected by a rule of justice. It is an interest in respect of which there is a duty and the disregard of which is ‘Wrong’.1

He further has explained that a ‘Legal right’ is an interest recognized and protected by rule of law and violation of which would be a ‘Legal Wrong’.

Before diving any deeper we first need to know what does intellectual property means and what its types are.
The World Intellectual Property Organization (U.N.) defines ‘Intellectual Property as the Creation of the mind, such as inventions; literary and artistic works; designs; and symbols, names, and images used in commerce.2

The above definition gives an overall idea that intellectual properties are more than one and have different rights associated with them. Generally, there are 7 kinds of Intellectual property rights. They are patents, Copyright, Trademarks, Industrial Designs, Geographical Indications, Plant Varieties, and Semiconductor Integrated Circuits. For example, patents are issued for inventions while copyrights are given for literary and artistic works.

Below is a list of landmark judgments on Intellectual property rights passed by the courts in India.

This case relates to a controversy that had arisen over the unauthorized use of patented DTS-i technology. In this case, the plaintiff Bajaj Auto prayed for issuing a permanent injunction for stopping the defendant’s TVS Motors from using its patented technology in any form and had also sought damages from them. The issue here was related to using of twin spark plug technology inside the internal combustion engine by the defendant.

In this case doctrine of pith and marrow also known as the doctrine of equivalents was applied. The doctrine applies to situations where despite there is no apparent literal infringement been committed still, an infringement occurs due to the product or process infringing the patent has a structure or performs a function that is very similar and analogous to an element already been claimed in the patented invention and thereby performs same things in the same way as the patented element and achieves the same results.

A purposive construction was given to understand if the ‘novel feature’ constitutes ‘pith and marrow’ or not i.e. if the new feature constitutes claimed by the plaintiff in their patent is an essential feature of the invention or not.

This case is also important because in this case the apex court has made several observations and made certain directions regarding the speedy disposal of cases related to intellectual property. The Supreme Court has directed to hear intellectual property cases on a day-to-day basis and to decide the cases within 4 months from the date on which they were filed.

In this case, Novartis Pharmaceutical Company has applied for patenting a drug ‘Gleevec’ which was rejected by the Indian patents office. Novartis challenged all the rejections in the apex court.

It was held by the Supreme court that the substance that was sought to be patented by Novartis was a modification of an already known drug that was in the public domain since 1993 thus it lacks novelty requirement under patent law. As well Novartis has also not shown any evidence of any therapeutic efficacy of its modified medicine over the already existing drug which is a mandatory condition under section 3 (d) of Patents Act, 1970.

The court thus held that there was no invention done and a mere discovery of an already existing drug does not amount to invention. The application was accordingly dismissed by the court.

Bayer Corporation patented a cancer medicine ‘Nexavar’. Indian patent office exercised its rights and granted a compulsory license of Nexavar to Natco Pharma. Ltd. for producing a generic version of it. The patent office has also directed Natco to pay royalties to Bayer, to donate 6000 free medicine to the public, to manufacture the medicine locally, and to sell the medicine only in India and not to assign manufacturing of it to others.

Meanwhile, Bayer was manufacturing the same medicine for a comparatively higher price than what Natco offered to the public. Aggrieved by the patents controller’s decision Bayer moved to IPAB (Intellectual property appellate board) and filed an application which got rejected. Bayer now filed an appeal before the board which was also rejected.

Bayer Corp. then filed an appeal before The Bombay High Court which held that compulsory licensing of life-saving drugs falls within the right of the Indian patents office as well as the rule of making available of patented drugs at an affordable price for the general public should be maintained as per section 82(1)(b) under The Patents Act, 1970. The judgment passed by The Bombay High Court was later upheld by The Supreme Court.

This case relates to unauthorized registration and use of internet domain names that are similar and identical to registered trademarks and service marks also known as ‘Cyber Squatting’.

In this case, the defendant was using a domain name ‘Yahoo India’ which was extremely identical to that of the plaintiff’s ‘Yahoo!’. It was held that the defendant’s ‘Yahoo India’ has the potential to confuse and deceive internet users into believing that both are the same and belong to the same ‘Yahoo!’. The court explained that a disclaimer in this regard by the defendant to make people aware is not sufficient and it is immaterial if the term ‘Yahoo’ has a dictionary meaning as over the years Yahoo! has already acquired ‘distinctiveness’ and ‘uniqueness’ as required under the trademark law. The High Court has also held that domain names on the internet are used by business groups for the same purpose as any trademark or service mark.

This case relates to the infringement of trademark and passing off i.e. selling goods by falsely misrepresenting the goods to belong to some other.

However, under section 124 (1) of The Trademarks Act, 1994 any suit for infringement should be stayed by the court till the cancellation/rectification petition is finally decided and disposed of by the Registrar of Trademarks. The plaintiff thus filed for a stay of the present suit and had sought permission to apply for removal of the trademark from the trademarks register which was registered by the defendant.

But, at the same time section 124 (5) of The Trademarks Act, 1994 makes a provision where the court has the authority to pass an interlocutory order. Thus, the court exercising this power held that it has the authority to pass interlocutory orders in the form of injunction, attachment of property, the appointment of a receiver, order for account keeping, etc. if is prima facie convinced of invalidity of a registered trademark.

The court held that identical and similar trademarks, though registered later; can be challenged by the owner of an earlier registered trademark. The court further held that pending rectification/cancellation petition or infringement suit the court is allowed to pass such interim orders as it deems necessary and proper. The court therefore upon being primarily convinced about the invalidity of the registration of the defendant’s trademark restrained the defendant from using its registered trademark till the disposal of a rectification/cancellation petition by the Registrar of Trademarks.

The Delhi High Court held the defendant liable for infringement of copyright of plaintiff work for streaming its copyrighted content without the knowledge and consent of the plaintiff. The Court granted injunction and damages and thus Plaintiff’s exclusive right to exploitation was re-ensured.

In this case, the defendant who is a YouTuber and a social media influencer has made objectionable and disparaging comments on ‘Parachute hair oil’ in one of his videos and has used the parachute hair oil bottle in his video.

The plaintiff Marico Ltd. who is the owner of Parachute Oil Brand has applied for the removal of the video on the grounds that the YouTuber through his video has harmed the goodwill of the company and has also violated its trademark ‘Parachute’.

The court while interpreting Section 29 of The Trademarks Act, 1999 held that defendant has violated the exclusive trademark rights of the plaintiff by not seeking prior permission or consent of the plaintiff, and thus, the court ordered the removal of video.

In this case, the plaintiff was a duly incorporated company and a part of Bajaj Group conglomerates of businesses and industries. The defendant was a person who had the word ‘Bajaj’ as title in his name. The defendant in his 2 electrical stores and website had used the name ‘Bajaj’. He has also used the expression ‘Powered by: Bajaj’ on his product labels.

The plaintiffs proved that their name has become a well-known mark over several decades and therefore only they are now entitled to use it and not the defendant or anybody else. The defendant claimed legitimate use of his name but, the plaintiffs also proved the malafide intention of the defendant over the use of the name on the labels of his products where he has tried to deceive people by using the name ‘Bajaj’ in such a way that made people believe as if his products are endorsed by The Bajaj Group.

The court agreed with the grounds raised by the plaintiffs and thus passed an interim injunction against the use of the trademark by the defendant on their products as well as in their domain name.

The plaintiff ISKON has filed the case on infringement of its trademark by the defendant, where the defendant has used the word ‘ISKON’ on its products and has also passed off his brand. The plaintiff has also sought to get their trademark declared as a well-known mark.

It was held that the defendant has clearly infringed the trademark of the plaintiff and has also passed off his brand by deceiving people and giving them a false belief that its products are associated with the plaintiff. The court also held that plaintiff’s trademark has satisfied all the criteria to become a well-known mark.