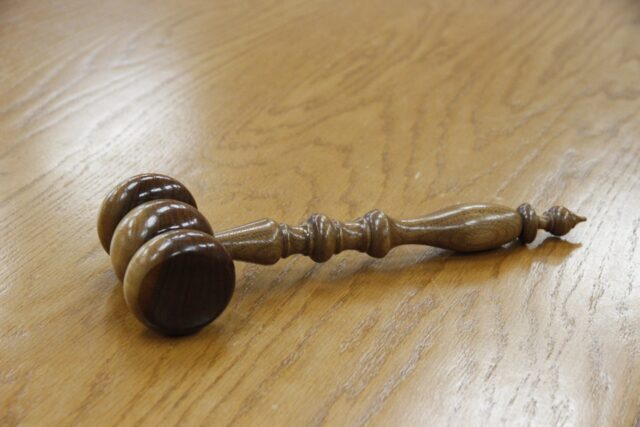 This is a major decision by the Supreme Court, which determined that the online arbitration agreement is the most relevant arbitration document. Because the parties do not meet in person, but rather online, it is important to clarify all details of the dispute resolution method in the agreement. Furthermore, the court found that when entering into an agreement, a meeting of minds is critical, and the agreement must comply with Section 7 of the Arbitration and Conciliation Act, 1996.

Trimex offered VAL the supply of bauxite through email, which the latter accepted after several exchanges of e-mails, confirming the supply of 5 ships of bauxite from Australia to India. Despite the fact that a draught contract had been developed, it still needed to be formalized. After receiving the first consignments of goods, VAL requested that Trimex hold back the next consignment of goods so that they may check the utility value of bauxite. Shipowners, on the other hand, nominated the ship for cargo loading on the same day. Trimex later requested damages from VAL for damages paid to ship owners after the contract was canceled, but VAL rejected by denying any contract. The Petitioner Company is based in Dubai and trades minerals globally. The Respondent is an Indian company that uses Aluminum Ore as one of its primary inputs. Supply of Bauxite (15.10.2007 Offer) (Shipment) The reply accepted the offer through e-mail on October 16, 2007, confirming the provision of 5 shipments of bauxite, in accordance with the contract’s material terms.

Whether there was any valid subsisting contract between the parties in absence of any formal contract?

The primary position of the Petitioners is that the Contract was legal and binding. The Petitioner argued that: the contract was formed upon the Respondent’s acceptance of the offer for five shipments. the offer of October 16, 2007, was made in response to the Respondent’s request and was based on a previous month’s similar transaction.• the offer that was accepted by the Respondent contained the arbitration clause, which was never objected to The Petitioner also argued for the Contract’s validity, claiming that the Respondent agreed to place an order for 5 (five) shipments only after several e-mail exchanges and agreement on the contract’s material terms, based on which the Petitioner contracted with a bauxite supplier in Australia and also entered into a charter party agreement with the shipowner. The Petitioner emphasized that the arbitration clause was included in Respondent’s copy of the Contract, and because it had not been changed, the apparent conclusion was that the arbitration clause was acceptable to both parties. It also claimed that the offer dated October 15, 2007, containing all of the necessary elements for the Respondents to accept it, including the offer validity period, product description, quantity, price per tonne, delivery (CIF), and payment terms (irrevocable L/C), shipping lots, discharge port, governing law, and arbitration.

Despite the fact that the Respondent acknowledged exchanging e-mails with the Petitioner, it claimed that there was no concluded contract because the Contract remained unsigned, preventing the Petitioner from enforcing certain obligations reflected in those e-mails and invoking the arbitration clause as if there was a formal agreement. The Respondent argued that an agreement on the parameters that will govern a contract is not the same as entering
into the contract itself, citing the Court’s ruling in Dresser-Rand S.A. v. Bindal Agro Chem Ltd.

The fact that the parties did not prepare a formal contract after the deal was completed orally or in writing has no bearing on the parties’ acceptance or implementation of the contract. A contract is said to be completed when the parties have agreed on the ‘terms and conditions’ of the contract, though small details can be left for them to decide later, is somewhat subject to other prerequisites as provided by S.10: without such necessary elements being decided, the contract cannot be enacted by law because it is deemed incomplete. After hearing both parties at length, the Court dismissed the Respondent’s arguments and declared that the offer made on October 15, 2007, was accepted on October 16, 2007, and that any dispute between the parties must be resolved through arbitration in line with the terms and conditions agreed to.

When a contract is signed orally or in writing, it becomes legally binding.
The Supreme Court held that all necessary elements for enforcing these types of shipment contracts, such as price, quantity, product specifications, delivery and payment terms, discharge port, shipment lots, demurrage rate, quality benchmark, applicable arbitration laws, and so on, were decided by the parties. Furthermore, minute-by-minute correspondences between the parties plainly reveal that both parties were fully aware of the contract’s different conditions and were ad idem (S.13) with respect to them.

According to S.4, communication of acceptance was complete as against VAL as soon as Trimex received confirmation of 5 shipment lots. Furthermore, the acceptance was unqualified and unconditional (S.7): “We affirm the transaction for five shipments”

The Court restated its position that one of the Act’s principal goals is to reduce the courts’ supervisory function. In reaching this conclusion, the Court noted that adding a variety of other conditions, such as seals and originals, stamps, and so on, to an arbitration agreement would amount to enhancing rather than decreasing the function of courts. The Court concluded, based on UNCITRAL Model Law, that adding a number of extra formalities not contemplated by the legislation would be improper and undesirable. The goal of the court should be to carry out the legislative intended. As a result, the Court ruled in the Petitioner’s favor and assigned a retired judge to arbitrate the case.