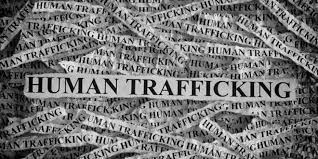 The Trafficking in Persons (Prevention, Care, and Rehabilitation) Bill, 2021 will be given to the cabinet for approval before being presented in Parliament. It has broadened the scope of human trafficking offences as well as the types of victims, imposing harsh penalties such as life imprisonment and even death sentence in extreme situations. The recommendations for the bill must be presented to the Ministry by July 14.

Once enacted, the law will apply to all citizens, both inside and outside India, as well as a foreign national or a stateless person who has his or her residence in India at the time of the commission of an offence under this Act. Concerning the offenders, defence officers and government employees, doctors and paramedical staff, and anyone in a place of authority will be covered by the Bill. Property acquired through such revenue and used for trafficking can now be forfeited under terms akin to those found in the Money Laundering Act.

It proposes that any person who commits the crime of “human trafficking” be sentenced to at least seven years in prison extending up to ten years and be liable for a fine of a minimum of one lakh rupees. The bill also includes harsher sanctions and punishments for crimes designated as “aggravated forms of trafficking.” It is proposed that everyone who commits an aggravated type of human trafficking be sentenced to a minimum of ten years in jail which may extend to imprisonment for life.

It is proposed that the National Investigation Agency serves as the national investigating and coordinating agency for human trafficking prevention and combat. Once the law is passed, the Centre will notify and convene a National Anti-Human Trafficking Committee to ensure that provisions of the law are effectively implemented. This committee will include members from multiple ministries, with the home secretary serving as chairperson and the secretary of the ministry of women and child development serving as co-chair. Anti-human trafficking committees will be formed at the state and district levels.

A draft was introduced in 2018 and passed by the Lok Sabha amid strong resistance from legislators and experts. It was never introduced in the Rajya Sabha after that. Experts claim that this new Bill addresses nearly all of the concerns highlighted in 2018.